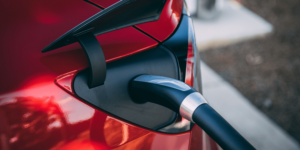 Tesla China has now completed the Silk Road Supercharger corridor and says it is the longest it built to date. According to a tweet from Tesla’s Chinese account, the route from east to west in China reaches 5,000 kilometres (just over 3,100 miles).

The new corridor has 27 Supercharger stations, positioning a charging station every 100 to 300 kilometres. The line covers nice cities, informs Tesla, starting from Zhoushan, the eastern coastal hub, passing through Sanmenxia, Xi’an, Tianshui, Zhangye, Shanshan, Wusu and Bole, and extending to Horgos on the border with Kazakhstan.

Alongside the news, Tesla China also posted a video celebrating the occasion. It shows drivers taking in the scenic, historic sites and add plenty of subtitled information.

Among the oldest trading routes connecting the West and the East, the former Silk Road has seen a resurgence in recent years. In 2013, the Chinese government put forward the strategic concept of building the ‘New Silk Road Economic Belt and the ’21st Century Maritime Silk Road’ in an effort to revive the economic ties.

At present, China is the world’s largest electric vehicle market. Last year, Tesla sold 120,000 vehicles in the country, accounting for about 30% of its total delivery in 2020. Tesla then reportedly significantly increased deliveries of its electric cars produced in China in May after a surprising decline in April. According to figures from the China Passenger Car Association (CPCA), Tesla delivered 33,463 Model 3 and Model Y from the Gigafactory in Shanghai in May.

Local production has also accelerated the Supercharger roll-out since Tesla China began making V3 Supercharger stations in Shanghai in February 2021. The plant can produce up to 10,000 charging stations per year. Construction had started in August 2020 and was completed in about half a year – in line with internal deadlines.

Assuming ten stalls per Supercharger location, the new factory could theoretically equip up to 1,000 new locations per year. By way of comparison, Tesla built 743 new sites with 7,173 charging points worldwide in the entire year 2020. To date, they claim to run over 20,000 charge points globally.