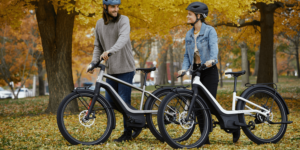 At the beginning of 2019, the European Parliament Committee (IMCO) had decided that there is no need for compulsory liability insurance for pedelecs and low-power e-bikes. This will remain the case in the future.

A provisional agreement now reached by the Parliament and the Council of the European Union on motor insurance rules provides for the exclusion of electric bikes from compulsory insurance. “It was high time to clarify motor insurance rules, so that Europeans are better protected and treated equally in the EU when accidents occur and when insuring their vehicles,” says Dita Charanzova, rapporteur of the EU Parliament. She says the agreement has succeeded in curbing “the absurd over-regulation of e-bikes” and some other categories such as motorsports.

The agreement must now be formally approved by Parliament and Council. Once approved, the amended Motor Insurance Directive will be published in the Official Journal of the EU and come into force 20 days later. The new rules will enter into force 24 months after that.

By way of background, the Motor Insurance Directive (MID) requires all motor vehicles in the EU to be covered by third party insurance. The proposal on the MID presented by the European Commission in 2018 had defined pedelecs with 250 watts and pedal assistance up to 25 km/h as motor vehicles. Thus, in the draft, they fell under the Motor Insurance Directive, which would have resulted in compulsory third party insurance.