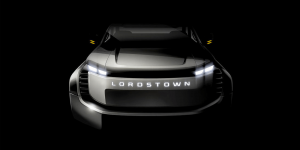 The initially promising startup has had a bit of a roller coaster ride. After cash issues and an embarrassing prototype endurance race in Mexico, it seemed the company had weathered the worst. Now an investigation by the US Justice Department looms.

This time last year, US Vice President Mike Pence was driving a prototype of the Lordstown Endurance electric pick-up on stage. After being taken to court by Karma (literally, though perhaps also figuratively), being exposed as over-estimating order numbers by Hinderberg Research, having its Endurance pick-up exhausted in a Mexican desert race, and having run out of cash, now Friday’s Wall Street Journal reports that the Justice Department has also opened an investigation into electric vehicle startup.

Lordstown spokesperson Ryan Hallett however responded calmly and reassures us that this setback is temporary: “We look forward to closing this chapter so that our new leadership — and entire dedicated team — can focus solely on producing the first and best full-size all-electric pickup truck, the Lordstown Endurance.”
freep.com