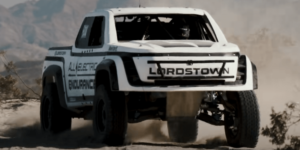 It is official – Lordstown Motors is at risk of bankruptcy and said as much in the latest filing to the US Securities and Exchange Commission SEC. The company now has “substantial doubt” about staying in business over the next twelve months, not to mention producing the Endurance electric pickup truck.

To find the passage in the original filing requires some serious scrolling until you see Lordstown listing the risks any investment in their stocks entails. These include “our ability to continue as a going concern, which requires us to manage costs and obtain additional funding to ramp up the production phase of our operations, including to begin commercial-scale production, launch the sale of our vehicles y and invest in research and development of additional products,” it says there.

Lordstown further explained that for the company to stay in business was “dependent on its ability to complete the development of its electric vehicles, obtain regulatory approval, begin commercial-scale production and launch the sale of such vehicles.”

The company has not commented beyond the statement in the filing, saying it is still focused on beginning production at the end of September.

The company filing also listed $259.7 million in cash as of 31 March, after posting a net loss of $125.2 million over the previous three months. Lordstown Motors has been listed since last year after merging with a SPAC. The company is now seeking further financing.

The news sent the stock prices down 8% in after-hours trading this Thursday. At the same time, this is not entirely new. Lordstown CEO Steve Burns had called for additional capital about two weeks ago. US media at the time suggested that without new funding, the company could be making less than 1,000 vehicles. Compare this to when debuting the Endurance – Lordstown planned to produce 20,000 units in 2021.

The reports added fuel to previous allegations by short-seller Hindenburg, the same Hindenburg who had sent Nikola stock prices spinning and eventually bringing down Nikola CEO Trevor Milton. Targeting Lordstown this spring, Hindenburg said it had found the 100,000 pre-orders “largely fictitious”. A prototype of the Endurance was also said to have burned out during a first road test in January 2021. The SEC was investigating the allegations.

Lordstown had unveiled the electric pickup in summer 2020 in the presence of former US Vice President Mike Pence. The vehicle relies on four wheel-hub motors, which together are to produce 447 kW. The battery cells come from LG Energy Solution as reported.

In the meantime, Lordstown Motors faces increasingly fierce competition as more automakers announce plans for their electric pickups. Ford has finally unveiled the electric version of the F-150, the ICE version of which is the States’ best-selling pickup for more than 40 years. Tesla had been planning to start production of its Cybertruck late this year for some time. However, with the pickup truck relying on the new cell format, recent suggestions assume that production will not go ahead until 2022.

Update 15 June 2021: The crisis at the electric car start-up Lordstown Motors now also has fielded personnel consequences. CEO Steve Burns and CFO Julio Rodriguez have resigned. Angela Strand, previously one of the independent board members, is now temporarily the new frontwoman until a new CEO is found. There is also a new interim chief financial officer in Becky Roof. Lordstown Motors had officially warned of going-concern risks for the company a few days ago.

Other new additions to the management team were also announced, albeit some of them also temporary in nature: Rich Schmidt, President of Lordstown Motors, will continue to oversee all day-to-day operations, including manufacturing and engineering, while Jane Ritson-Parsons, previously the Lordstown Motors Interim Chief Brand Officer, has been appointed Chief Operating Officer. Carter Driscoll, formerly Lordstown Motors Head of Investor Relations, was promoted to Vice President, Corporate Development, Capital Markets and Investor Relations.

“We remain committed to delivering on our production and commercialization objectives, holding ourselves to the highest standards of operation and performance and creating value for shareholders,” said Mrs Strand, adding: “Along with the management team, I will continue to work closely with them and the Board to execute on Lordstown’s vision for the future of electrified transportation.”