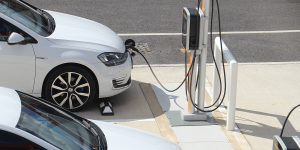 In the English West-Midlands, Coventry City Council has announced plans to install 400 new vehicle charging points and a new bus charging facility by 2025.

In the drive to make their bus services emission-free, the Coventry Council is aiming to have 290 electric buses on the road by 2025. For the growing electric bus fleet, the Council is closing a car park and repurposing it as a charging facility for electric buses.

Councillor Patricia Hetherton said: ‘We also want to make sure that we’ve got a fantastic public transport network that’s the right fit for the city, so the new charging facility will make this possible, and help Coventry to become the first all-electric city in the UK.’

As for the 400 additional electric car charge points, these will add to the 401 vehicle charging points the city already has in use. Coventry City Council says it also hopes to procure a new tender for a Charge Point Operator for their electrification efforts.

Hetherton explained: ‘The new tender for a Charge Point Operator will mean that we can continue to install charge points around the city in the right places for people to quickly and easily charge their cars, so we’re removing the barriers that hold people back from being able to own one.”

The West Midlands, with Coventry as its industrial heart, is home to several car manufacturers, including Jaguar Land Rover, but also Aston Martin Lagonda, BMW and LEVC. The area is setting up to be an electrification hub. In February this year, the Coventry city council announced intentions to develop a battery ‘gigafactory’ with Coventry Airport. Coventry is also home to the UK Battery Industrialisation Centre (UKBIC) that includes an “open-access” battery factory. In April this year, the UKBIC announced that Stellantis company Comau had opened the first semi-automated battery module and battery pack assembly line there.