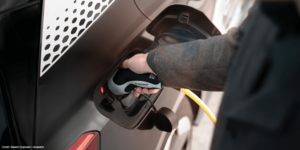 The French multinational information technology services and consulting company Capgemini has announced that it will only accept orders for electric or hybrid cars for its own fleet of company vehicles with immediate effect. The current 12,000 diesel and gasoline vehicles are to be gradually replaced to become a fully electric fleet by 2030.

The pledge marks the group’s entry into the EV100 initiative from The Climate Group. EV100 works with companies to send a strong market message by pledging to completely decarbonising their fleets by 2030. Member companies include corporations such as Deutsche Post, E.ON, DB Schenker and the British BT Group, as well as AstraZeneca, Centrica and Ikea. In February this year, EV100 published an interim report.

Capgemini now says it has signed contracts with selected leasing companies and manufacturers for the new vehicle directive without giving names. With major fleet upheaval coming soon (13 per cent of the fleet will still be replaced in 2021, and 24 per cent in 2022), more than half of the fleet is expected to be battery-electric vehicles or plug-in hybrids by the end of 2022, reaching 100 per cent by the end of 2025. By 2030, plug-in hybrids will then also be replaced by all-electric cars.

Capgemini has calculated that prior to the Corona pandemic, company vehicles accounted for up to ten per cent of CO2 emissions generated by Capgemini employees’ travel. Capgemini says the new vehicle policy is part of a broader program that also includes reducing travel in general and using more sustainable modes of transportation.

The necessary charging infrastructure will be installed at Capgemini sites for the electric company fleet. Here, the company has not yet provided information on charging cooperation partners or other details, only saying that the power supply is to be completely converted to renewable energy by 2025.