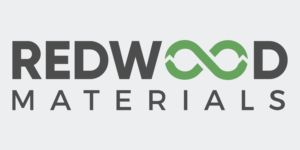 The battery recycling start-up Redwood Materials, founded by ex-Tesla CTO JB Straubel, has raised more than 700 million US dollars from a group of strategic investors. The money is to be used to finance expansion.

The money will be used to triple the capacity of Redwood Materials’ current facility in Carson City, Nevada. In addition, more than 500 employees are to be hired. Redwood had already announced the expansion itself in June (see updated article), now the funding for the plans is in place.

“With this capital, Redwood will be able to accelerate our mission to make battery materials sustainable and affordable, accomplishing the change we need in the world with a circular economy,” says co-founder and CEO JB Straubel. “We’re grateful for these strategic investors who bring decades of experience investing in and supporting companies that build transformative technology and who understand the mission and value of what Redwood is working to achieve.”

In addition, Straubel himself is said to have invested an undisclosed amount in the company. Forbes quotes a person familiar with the matter as saying that the company is now said to have a valuation of 3.7 billion US dollars (3.1 billion euros).