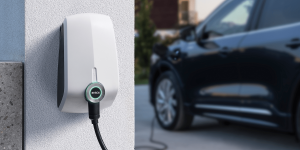 The deal also includes both the private and public sectors, with Norlys wanting to integrate EVBox’ charging stations and management software Everon into its product portfolio. The companies still have to disclose the type of charging stations they will install.

Norlys, a consumer-owned company, resulted from a merger between SE and Eniig and claims 730,000 shareholders, about 1.5 million customers and 2,500 employees to date. The company says it aims to contribute to a green and digitalised Denmark. Therefore, the 300,000 charging stations directly tie into Denmark’s climate target to put 760,000 electric and hybrid vehicles on the road by 2030.

“As Denmark’s largest energy and telecommunications group, Norlys can play a big role in establishing EV charging infrastructure that will usher in a new era of sustainable mobility in Denmark,” Bram Poeth, CCO at EVBox Group, added when announcing the new partnership.

For the Dutch Group, it is the second significant deal in the Nordics. In April, EVBox said it had teamed up with Iceland’s utility ON Power to install EV chargers around Rejkjyavik for a start. As in Denmark, the advance in Iceland, which has the second most electric vehicles per capita, also ties into a state-governed strategy. The country aims to become CO2-neutral by 2040, including a ban on new cars with combustion engines from 2030.

At the end of 2020, EVBox also stated its intention to list on the New York Stock Exchange through a merger with investment firm TPG Pace Beneficial Finance. The expected funds are to be used to expand the global business, focusing on North America and expanding the technology portfolio. However, the SPAC deal yet awaits completion.

Meanwhile, in February, EVBox entered into a sales and service partnership with TSG Group from France to offer EVBox charging solutions, including installation and on-site services in 30 European countries. The cooperation already exists in the Netherlands, France, Denmark and Croatia.