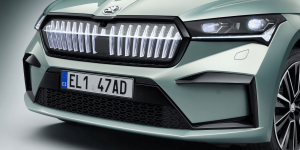 According to CEO Thomas Schäfer, Skoda is “intensively thinking about an E-Octavia”. However, Schäfer says the volume model, which has so far been offered as a combustion engine and plug-in hybrid, will not be launched as a purely electric vehicle until after 2025.

The Skoda boss told the German business magazine Handelsblatt: “For the second half of the current decade, we are thinking intensively about an E-Octavia – the electric counterpart to our most successful model for decades, the core of our brand.”  Schäfer also lets slip in the report that the market launches of the BEVs already announced could be quicker than suggested when the company unveiled its new strategy in June.

Three months ago, Skoda announced three BEV models by 2030, which are to be positioned below the Enyaq iV in terms of price and size. According to Handelsblatt, that this trio is to come “in the near future”. One of them is a small electric car, much like the VW and Cupra brands are also planning. According to Schäfer, the city electric car is to be launched on the market in 2025 or 2026 and will primarily stand out from the competition from the own group through “an independent, space-oriented vehicle concept”.

What is clear, is that the sales launch of the Enyaq iV Coupé will definitely take place before then. The SUV coupé of the very familiar MEB electric car will be launched in three of the five drive variants of its SUV brother. An official statement from the Czech carmaker earlier this month said that the Enyaq iV Coupé would go on sale in early 2022. The Handelsblatt now says that the coupé variant will be added “quickly this year”. Either way, the difference is likely to be only a few weeks, if at all.

In June, the brand announced in its new roadmap that it wants to achieve a sales share of fully electric models in Europe of 50 to 70 per cent by 2030, depending on market development. This is lower than the expectations of its sister company VW, where the board of directors is aiming for a share of purely electric cars in European sales of over 70 per cent by 2030. Skoda sells a comparatively large number of cars in emerging and developing countries, where the changeover to electric cars is likely to take longer.

Lucid Air given an 837-kilometre EPA-range