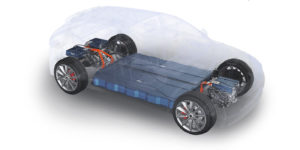 The agreement with Hofer Powertrain is a memorandum of understanding focused on electric powertrains, with neither side providing further details. David Michery, CEO and chairman of Mullen, describes the German supplier as a “pioneer in providing efficient powertrain solutions and a manufacturer of some of the highest-performing and best-built powertrains in the industry”. This, he says, should give Mullen a competitive edge over its rivals.

In turn, CEO Johann Hofer says Hofer aims to ensure Mullen’s electric vehicles “achieve outstanding overall energy efficiency by developing, industrialising and producing state-of-the-art electric drive systems for their electric vehicle range”. Johann Hofer founded the supplier in 1980. The company is based in Nürtingen and describes itself as a “system supplier for efficient drive solutions” in the areas of electrification, hybridisation and for internal combustion engines. According to the company, its customers include Mercedes-Benz, BMW, Volkswagen and Lamborghini. Other partners are ElringKlinger and Evergrande. With the latter, Hofer had founded a joint venture in 2019 called Evergrande Hofer Powertrain, based in Berlin.

But back to Mullen Technologies. The startup is revealing details of other planned models in parallel. In addition to the MX-05 electric SUV, which was already presented and is now named ‘Five’, this concerns the Transporter One and the Dragonfly sports car. The two new models in the portfolio are modified versions of the Mullen Five, the company says. The latter is based on a skateboard electric platform and a unibody frame and will be available with one or two electric motors. These features also apply to the two new models. The date for the market launch of the Five on the Californian company’s website is 2024. Production is expected to ramp up from the fourth quarter of 2023.

Mullen had announced the MX-05 in October 2020 and opened pre-orders at the same time. At the time, Mullen did not provide details on the dimensions, engine power and battery, only a range of 523 kilometres and acceleration from 0 to 60 mph (96 km/h) in 3.2 seconds were mentioned. In the meantime, Mullen gives an electronically limited top speed of 155 mph (250 km/h) on its website, but still no data on battery capacity or charging power. Only the price is already fixed: for the “Signature Series”, prices start at 55,000 dollars (44,785 euros). Even at the current time, these are all the values made public for the Five.

There is somewhat more detailed data on the Mullen One electric transporter, which is to be launched in two versions – Class 1 and Class 2. The Class 1 rear-wheeler – a 2.5-tonne truck – has a wheelbase of three metres, a cargo volume of six cubic metres and a payload of 1,200 kilograms. A 40-kWh battery pack serves as energy storage. Details of the drive unit are still missing. Mullen puts the range at 257 kilometres.

Finally, the Dragonfly is a sporty four-wheel drive with a cumulative peak power of both engines of 280 kW and a torque of 580 Nm. Acceleration from 0 to 60 miles (96 km/h) is said to take place in 4.2 seconds. The developer gives the top speed as 200 km/h, the range as up to 370 kilometres.

According to Mullen, large orders have already been placed for the electric transporter. The Texas company Heights Dispensary, for example, is to take delivery of more than 1,200 units by 2025. The first 200 units are to be delivered in the third quarter of 2023. The Californian company put the total value of the vehicle order at 60 million dollars.

At the beginning of the year, Mullen also announced that the Florida-based company Unlimited Electrical Contractors (UEC) had issued a non-binding letter of intent for the purchase of up to 10,000 units of the electric SUV Five.

Only a short time later, the Californian company announced that they would equip their electric cars with lithium-sulphur batteries. For this purpose, the Californian start-up has been cooperating with the company NexTech Batteries since spring. Mullen announced in March that it intends to produce more than 100,000 vehicles with lithium-sulphur pouch cells from NexTech within five years. In the current announcement, Mullen does not explicitly comment on battery technology.