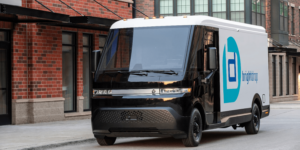 The EV600 is the young brand’s first electric delivery van. The van was announced in January of this year. The first deliveries to major customer FedEx were announced for the current year, but according to GM, the majority of interested customers cannot expect larger numbers until 2022. This is due to the fact that a small series reserved for FedEx will first be produced with the help of an unnamed partner. According to a media report, this partner is said to be Kuka.

Once the conversion of GM’s Ingersoll plant in the Canadian province of Ontario is completed, the actual series production of the model is to begin there in November 2022. In 2023, BrightDrop plans to expand production at the Canadian plant to two shifts. “Market permitting”, the plan is to increase to three shifts in 2024. The manufacturer made the announcement when it released its retooling plans in early July.

Incidentally, to equip the EV600, BrightDrop is using the Ultium battery system developed by GM. The Americans do not specify the exact battery capacity of the electric delivery van, but the estimated range is put at 250 miles (402 kilometres). With its maximum DC charging power of 120 kW, it should be possible to recharge for 170 miles (274 kilometres) in one hour. GM quotes the size of the cargo space at 600 cubic feet (almost 17 cubic metres). The total weight is said to be around 4.5 tonnes.

The first large orders for the model have already been received: From the end of 2021, launch customer FedEx Express is to receive the first EV600s. Exactly how many units will be delivered has not been made public. Meanwhile, the second customer, US fleet management company Merchants Fleet, has announced it will procure 12,600 of BrightDrop’s electric delivery vans to join its customers’ fleets from early 2023.

“Getting our first electric vehicles on the road in record time, ahead of another peak shipping season, is the best gift we could have received this year, especially considering the supply chain headwinds the world is currently facing,” expressed Travis Katz, President and CEO of BrightDrop. “This is a clear signal to the marketplace of how our unique operating concept, which combines the cutting-edge innovation, agility and focus of a technology startup with the scale and manufacturing power of a major automaker, can deliver real value to both customers and the planet.”

For the first time, BrightDrop also mentions in the latest announcement that it is planning a smaller offshoot of the EV600 called the EV410 With Verizon, one of the largest fleet operators in the US, a first customer is also said to be waiting in the wings to integrate the EV410 into its maintenance and service fleet. Production of the light commercial vehicle is scheduled to start at Ingersoll in 2023.

As an offshoot of the EV600, the EV410 adopts some of its big brother’s features: the range is also said to be 250 miles (402 kilometres), which suggests that the EV410 also incorporates Ultium’s battery technology. The dimensions are naturally somewhat smaller. The cargo space holds 400 cubic feet (11.3 cubic metres) with an overall length of 20 feet (six metres) and a wheelbase of just over 150 inches (3.8 metres). BrightDrop puts the gross vehicle weight rating at “less than 10,000 pounds”, or less than 4.5 tonnes. The manufacturer does not comment on the DC charging capacity. 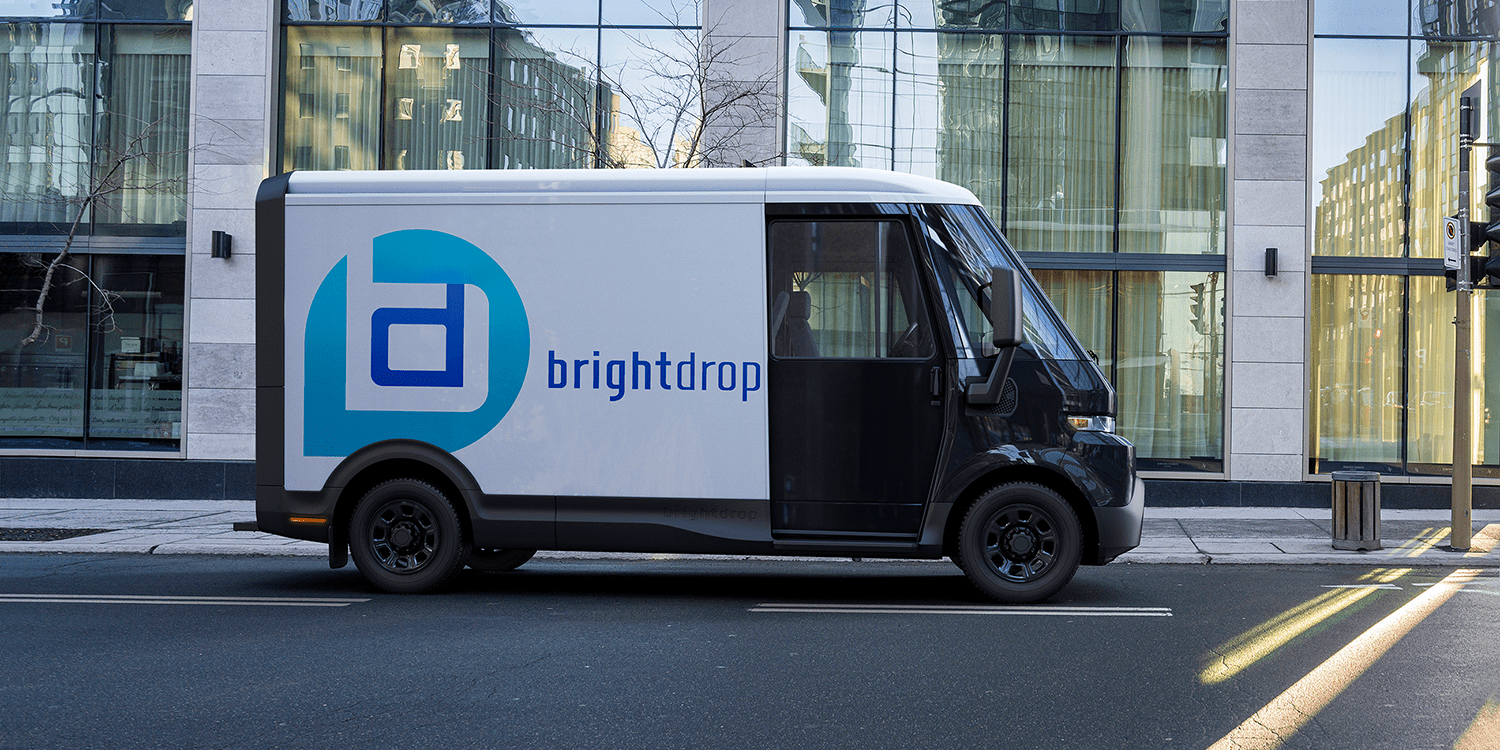 In addition to the performance data, GM cites the manoeuvrability of the mid-sized van as a major strength. It is said to fit into standard-size parking spaces and inherits range as well as safety and convenience characteristics from the EV600, including front and rear park assist, emergency brake assist, rear cross-traffic alert, distance-to-intersection, front pedestrian braking, lane departure warning, automatic high beams and a rearview camera as standard. Other safety and driver assistance features are optional, including rear cross-traffic braking and blind spot assist.

Basically, US carmaker General Motors wants to build an “integrated ecosystem” of electric delivery vehicles, software and services for logistics from the first to the last mile via the new BrightDrop brand. The concept for BrightDrop was developed in the company’s own “Global Innovation Organisation”. “BrightDrop offers a smarter way to deliver goods and services,” said Mary Barra, GM chairman and CEO, according to an earlier statement. “We’re building on our deep expertise in electrification, mobility applications, telematics and fleet management to offer commercial customers a new one-stop-shop solution to move goods better and more sustainably.”