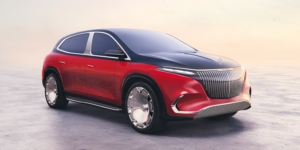 According to a media report, Norway’s new government is planning a luxury tax on expensive electric cars. Specifically, the future cabinet plans to impose a 25 per cent value-added tax on the portion of the purchase price that exceeds 600,000 kroner (about 60,000 euros).

According to a Reuters report, the introduction of the tax is likely to take place in the context of the change of government in Norway. Until now, all fully electric vehicles have been tax-free. Recent national elections now favour a centre-left alliance. It is considered likely that the coming government will be led by Jonas Gahr Stoere of the Labour Party and will be composed of parties that campaigned to introduce a 25 per cent VAT on that part of the new car price that exceeds 600,000 Norwegian kroner.

This would affect electric cars from Porsche, Audi and Mercedes-Benz, among others. According to the news agency, the Labour Party argues that the move is justified on grounds of fairness. In addition, the tax exemption for the purchase of electric cars is intended as a means to introduce new technologies and cannot apply indefinitely, Svein Roald Hansen, tax policy spokesperson for the Labour Party, is quoted in the report.

But there are also opponents of the proposed measure, such as the Norwegian EV Association. According to Reuters, its head Christina Bu warns that a tax on electric luxury vehicles would come at an inopportune time and ultimately slow down the electrification of Norway.

In Norway, all newly registered cars, light commercial vehicles and buses are to be purely electric as early as 2025. In September 2021, electric cars already accounted for 77.5 per cent of new registrations. Norway’s most successful model across all drive types last month was the Tesla Model Y with 3,564 new registrations, ahead of the Tesla Model 3 with 2,218 registrations. The two Tesla models were not only the only model series with four-digit registration figures, with a combined market share of 32.1 per cent, around one in three new cars registered in Norway in September was a Tesla.

New York to convert bus fleet to BEVs by 2035