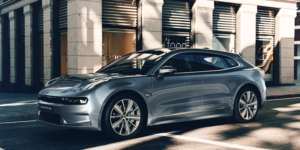 The Japanese electric motor manufacturer Nidec has signed a supply contract with the Geely brand Zeekr. According to Nidec, the 200 kW axle drive will be installed in the Zeekr 001.

Geely had announced the premium electric brand Zeekr only this March, and in April Zeekr unveiled the debut model 001 at the Shanghai Auto Show. This is based on Geely’s SEA platform, is 4.97 metres long with a three-metre wheelbase, 1.99 metres wide and 1.56 metres high. Already at that time, a drive power of 400 kW was mentioned.

Zeekr had stated that the 001 would go on sale in China in 2021, then in other countries from 2022. A timetable that did not fit with Nidec’s plans: as reported, the Japanese company actually wanted to bring the Ni200Ex into mass production only in 2023. This plan was “considerably accelerated” and production began in August 2021 in order to be able to supply the Zeekr 001.

When the Ni70Ex goes into production this year and the Ni50Ex in 2022, Nidec wants to be able to cover the A to E vehicle segments with the range of 50 to 200 kW engine power (or more if there are two engines in the vehicle), i.e. from small cars to luxury cars. This is also the range that Geely covers with the SEA platform. However, it is not clear from the Zeekr 001 announcement whether Nidec will be the sole engine supplier for the SEA.

Nidec’s own targets are to achieve a 40-45 per cent market share in EV traction motors by 2030 – a supply agreement for the SEA platform, which Volvo and Polestar will also use in the future, would certainly help. So far, Nidec has confirmed agreements with GAC (both for GAC Aion, but also GAC Toyota), Foxconn and Geely with the Geometry brand. In Europe, Nidec manufactures electric motors, among other things, in a joint venture with PSA.