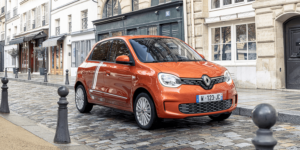 The French government is extending its subsidies for electric cars and plug-in hybrids at the current level until 1 July 2022. The original plan was to further reduce the currently granted subsidies from 1 January 2022.

Similarly to Germany, France decided to increase the subsidy rates in May 2020 as part of a restructuring plan for the automotive industry. The main reason was the slump in sales due to the Corona crisis. The French government has taken a more moderate approach than their German counterparts: In France, the maximum subsidy rate only rose from 6,000 to 7,000 euros. At the same time, demand was boosted with a scrappage scheme for private buyers. Even at that time, the government expressed the intention of slowly reducing the subsidy rates again.

In mid-2021, the maximum rate was reduced from 7,000 to 6,000 euros. However, the French government is now suspending the originally planned further reduction by 1,000 euros at the turn of the year. Buyers can therefore count on the currently applicable subsidy rates until mid-2022 – according to a statement by the Minister of Economic Affairs, Bruno Le Maire.

According to the statement, private buyers will continue to receive 6,000 euros in support for the purchase of a BEV or FCEV with a maximum purchase price of 45,000 euros and 2,000 euros for BEVs and FCEVs with a price between 45,000 and 60,000 euros. For commercial vehicles, analogous subsidy rates of 4,000 and 2,000 euros apply. Only fuel cell vehicles are also subsidised beyond 60,000 euros with 2,000 euros. The subsidy for PHEVs was supposed to expire at the turn of the year. Currently, the subsidy is still 1,000 euros. So this rate should also continue.

Le Maire says, “This bonus was 7,000 euros, then 6,000 euros since this summer and we will leave it at 6,000 euros in January (…). This is a very good thing because we are continuing to support households to help them make the ecological transition.”

In addition, the scrapping premium will also continue: Anyone who scraps an old petrol or diesel vehicle when buying an electric car can get a subsidy of a maximum of 5,000 euros in addition to the eco-rebate. A separate incentive of 3,000 euros for low-income households to switch to electric vehicles has also remained untouched from the beginning. For the purchase of used purely electric cars there has also been a state subsidy of 1,000 euros for almost a year now. Whether this will also continue in the coming year has not yet been made public.

The French government is again extending its subsidies for electric cars and plug-in hybrids at the current level for six months, as Economy Minister Bruno Le Maire has now announced. Having already been extended until 1 July 2022, the subsidies of up to 6,000 euros will now continue until the end of this year.

Le Maire said: “We have a major ambition, which is to speed up the transition from thermal [combustion] vehicles to electric vehicles. We must support our citizens. Many of them cannot afford an electric vehicle at all.”