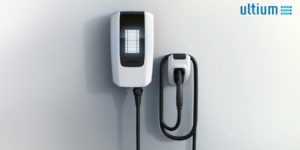 In today’s statement, GM said it would build up to 40,000 AC charging stations for electric vehicles in the US and Canada starting in 2022 as part of said Dealer Community Charging Program. However, the chargers will not just stand at car dealers. Instead, the scheme will involve each GM dealer receiving up to ten AC/Level 2 chargers and installing them at key locations in their local communities, including workplaces, multifamily housing, sports and event venues, colleges and universities. According to the company, the reasoning is that today, nearly 90 per cent of the US population lives within 10 miles of a GM dealership. The charging stations will also be open to the public.

GM also announced it would offer a line of three proprietary chargers for home and commercial use beginning next year under the name Ultium Chargers. These will also be available through the GM dealerships.

“These two initiatives are part of our plan to put everyone in an EV, making access to charging even more seamless than before,” said GM President Mark Reuss. “We want to give customers the right tools and access to charging where and when they need it while working with our dealer network to accelerate the expansion of accessible charging throughout the US and Canada, including in underserved, rural and urban areas.”

For the three chargers, the company is working with Swedish charging specialist CTEK to develop an 11.5 kilowatt/48-amp charger alongside an 11.5 kW/48-amp and 19.2 kW/80-amp premium smart charger. According to GM, all three feature Wi-Fi, Bluetooth and dynamic load management while handling over-the-air updates (OTA). The two premium models also feature a customisable touchscreen and integrated camera. The first Ultium Chargers are scheduled to ship early next year.

The statement also points to the Ultium Charge 360 scheme which GM had presented in April this year, then as a concept to cover all charging scenarios, public and private. Complementing its initiative above, agreements with seven major charging networks in North America, namely Blink Charging, ChargePoint, EV Connect, EVgo, FLO, Greenlots and SemaConnect, will give EV drivers access to about 85,000 charge points. GM added that further cooperation might come in future but not with competitor VW and its Electrify America network.

At a two-day investors event in early October, GM had unveiled its growth strategy for 2030, which relies heavily on electric vehicles, connected services and new business areas. Precisely, GM forecasts that sales of electric cars should reach the ten billion-dollar mark in 2023. By 2030, EV sales are expected to rise to around 90 billion dollars, the equivalent of 77.8 billion euros. With a total targeted turnover of 280 billion dollars, EV sales would account for about 31 per cent. The announced investments included $750Mn for charging infrastructure and related services.

TotalEnergies to install DC chargers at highways in France