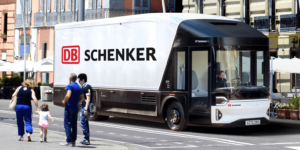 The logistics service provider DB Schenker has pre-ordered almost 1,500 electric trucks from Volta Trucks. As part of the partnership, DB Schenker will use the first prototype of the Volta Zero under real distribution conditions in the spring and summer of 2022.

The findings from these tests will be incorporated into the series production of 1,470 vehicles to be built in Steyr, Austria. For DB Schenker, this is far from the first electric truck in its fleet: as part of the ‘iHub’ funding project from the ICT for Electromobility technology programme, the logistics company has been testing electric trucks in Berlin since 2018. In 2020, DB Schenker introduced the first Volvo FL Electric into its fleet in Oslo, and in October 2020 the order for 36 Fuso eCanter was announced.

The order for up to 1,470 Volta Zeros is not only the largest electric truck order to date for DB Schenker, but also for the manufacturer Volta Trucks. “Working with DB Schenker on Europe’s largest full electric truck order demonstrates the confidence that major freight distributors have in our ability to deliver a world-class zero-emission vehicle on time and to the highest possible quality,” says Volta CEO Essa Al-Saleh. The agreement is being called a pre-order and the companies have not yet iterated under what conditions and by when the pro-order will become a binding order.

DB Schenker will initially receive vehicles of the 16-tonne variant but the logistics company is also interested in the smaller variant. Volta trucks say the partnership will also jointly develop specifications for the previously announced 12-tonne Volta Zero variant and conduct on-site testing to accelerate vehicle deployment and driver training. The startup first announced 7.5-tonne, 12-tonne and 19-tonne versions in May 2021.

DB Schenker has said it will initially deploy the vehicles at ten locations in five countries without saying exactly where in Europe these locations will be. Here, the Volta Zeros will be used to transport goods from distribution hubs to inner cities and conurbations. The Volta Zero was developed precisely for these operational profiles – not only with zero emissions but also to increase safety for all road users in urban areas with the design of the driver’s cab.

“We have many challenges to overcome on the road to carbon neutrality,” says Cyrille Bonjean, Executive Vice President Land Transport at DB Schenker in Europe, about the order. “The large-scale partnership with Volta Trucks allows us to significantly accelerate the electrification of our fleet. Investing in greener transport solutions brings us closer again to our goal of climate-neutral logistics.” DB Schenker already joined the Climate Group’s EV100 initiative in 2018 and has thus committed to completely converting its fleet by 2030.

The two companies have now successfully completed the test phase with the all-electric Volta Zero in Europe. For the first time, a prototype of the Volta Zero drove on the roads and in a real sales environment in Paris for design verification. 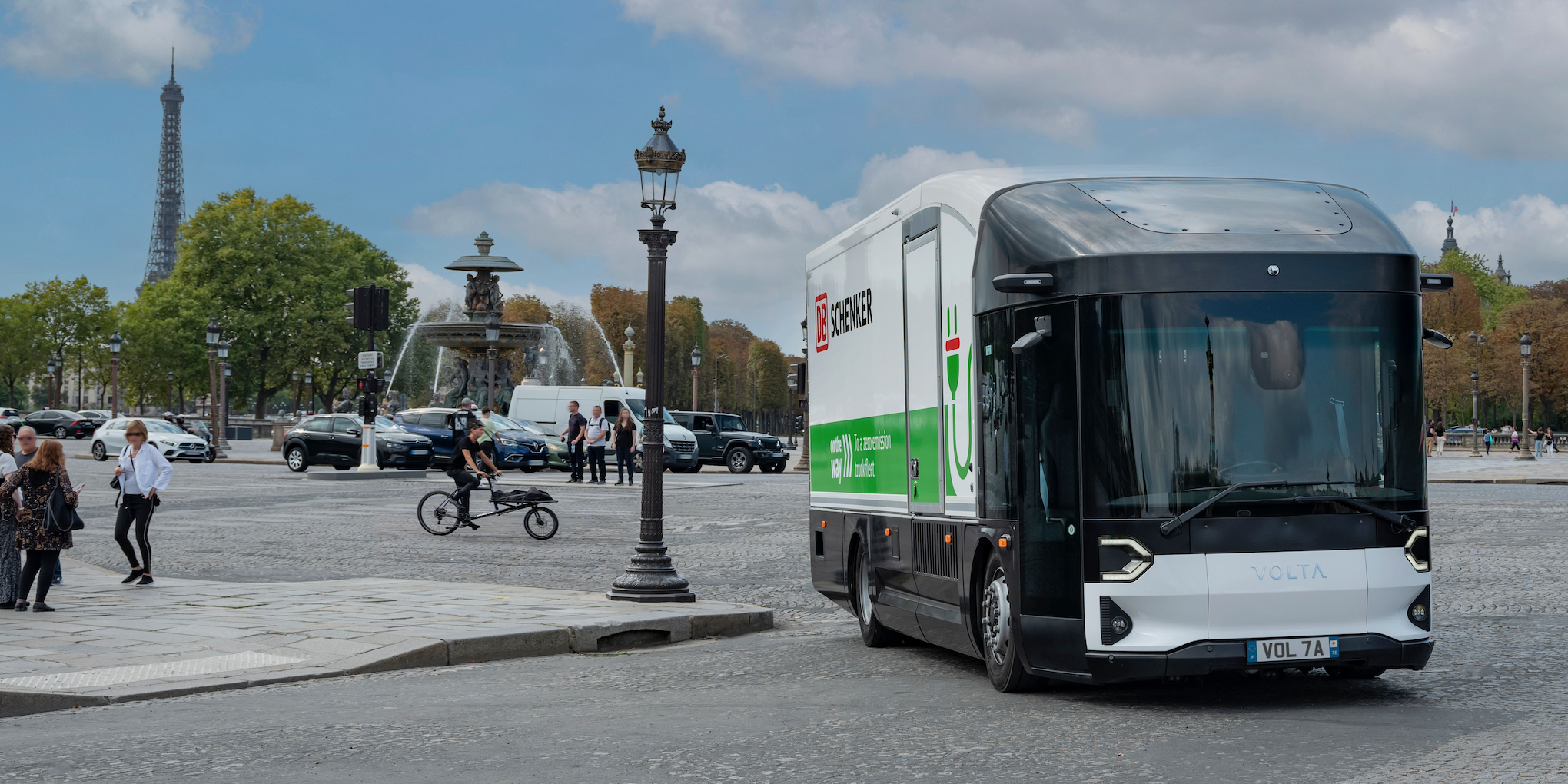 Cyrille Bonjean, Executive Vice President Land Transport at DB Schenker in Europe said of the trial: “It was great to see the result live on the streets of Paris. It all started with an idea – now it’s a reality and we look forward to adding the first pilot vehicles to the fleet in Europe at the beginning of 2023.”

Essa Al-Saleh, Chief Executive Officer of Volta Trucks, continued:
“When we announced Europe’s largest order of full-electric trucks with DB Schenker, we also entered into a partnership to work together to decarbonise urban logistics. The first use of a full-electric Volta Zero in a real-world testing environment is a significant proof point of the depth of the collaboration. To see Volta Zero vehicles operating on the streets in Paris is extremely exciting and is a great forerunner to us delivering significant volumes of customer trucks at scale in the near future.”