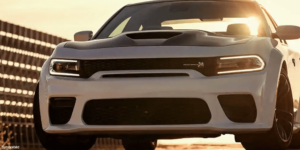 The first battery-electric Dodge was officially announced for release in 2024. CEO Tim Kuniskis revealed more in an interview. A concept is to be released next year, followed by a PHEV and a third model at a later date.

The initial announcement came from parent company Stellantis, who announced major investments and a time plan, according to which their subsidiary brands will have to achieve 70 per cent of sales in Europe and 40 per cent in the USA with “low emission vehicles” by 2030.

As early as next year, the first electric muscle car concept will be revealed, before the end of the second quarter. This will be followed by production of a plug-in hybrid car by the end of 2022. The PHEV is to be a completely new vehicle and not the Durango, which is closely related to the Jeep Grand Cherokee, which is also set to release as a PHEV next year. Kuniskis did not want to commit to a statement whether the Durango would follow later or be replaced entirely.

In addition to the aforementioned BEV and PHEV, a third “significant new vehicle” is in the works. The idea here is to cover all bases including the “muscle” car segment, which should provide a significant challenge as many muscle car fans are also solidly in the ICE transportation corner.

Combustion motors will continue to be produced alongside the EV models until 2024, when the current lineup of muscle cars will end production in 2024. The brief continuation of the ICE production is due to Dodge’s somewhat conservative fanbase. As Kuniskis said in the interview, the base is split between those who will embrace electrification and those vehemently opposed to the idea and have sent Kuniskis death threats. “For 24 months we are feeding the beast,” Kuniskis said of the customer base, adding: “I’m juggling knives because I’ve gotta keep two different huge factions happy because at some point those two factions will converge. The problem is no one knows when they will converge. My job is to provide confidence, over the next 24 months, that we’re gonna do this.”