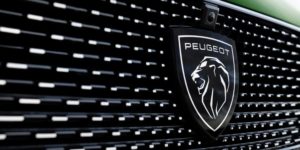 According to brand CEO Linda Jackson, Peugeot is to become an all-electric car manufacturer in Europe by 2030. Outside Europe, however, Peugeot intends to continue offering internal combustion engine models beyond 2030.

“As we move on to the new [Stellantis] platforms, STLA Small, Medium, Large, by 2030 in Europe all of our models will be electric,” Jackson told Automotive News Europe. “But I still have to make sure I maintain internal-combustion offerings for my international customers.”

The three platforms mentioned by Jackson – including a fourth platform for US pickups and light commercial vehicles – had been unveiled by the Stellantis Group at its EV Day in the summer. The exact data on the platforms and with which electric drives from the Stellantis modular system can each be combined can be found in this article.

The STLA platforms are to be introduced around the middle of the decade; Stellantis has not yet named an exact year. In the course of the usual model cycles, it should be possible for Peugeot to switch each model series to one of the STLA platforms without major problems. The future combustion engines for the international markets could also be based on the STLA platforms: While these are designed with a focus on electric cars, there is the option to include an internal combustion engine.

At EV Days, it was already confirmed that the DS brand will only offer electric vehicle models as early as 2026. Alfa Romeo is expected to take this step in 2027, and for Opel/Vauxhall the all-electric model range is planned for 2028. Fiat said it would become an EV-exclusive brand as soon as cost parity between petrol and electric cars was achieved. This is generally expected in the second half of the decade. Peugeot would thus only be in the middle of the pack within the European Stellantis brands.

The group’s target, issued by CEO Carlos Tavares, is for low-emission vehicles (PHEVs and BEVs) to account for 70 per cent of sales in Europe by 2030, while in the US the target is 40 per cent.

In the interview, Jackson also made some statements about current electric car sales: for example, 20 per cent of all 208 are already purely electric, but the company’s own forecasts had only assumed ten to 15 per cent. In the case of the 2008, the share of electric vehicles is somewhat lower because this model is the first car for many customers.

Currently, 70 per cent of Peugeot’s model series are electrified. As mentioned, the 208 and 2008 are also available as BEV versions, the 308 and 3008 as plug-in hybrids (a BEV version of the 308 is due to be launched in 2023). There are also BEV versions of the Rifter and Traveller or their commercial vehicle offshoots. Only the SUV 5008 and the small car 108 are currently not electrified. However, the 108 will not receive a successor and will soon be discontinued.