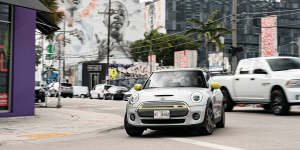 In the US, the Environmental Protection Agency (EPA) has set emissions requirements for new passenger cars and light-duty trucks through model year 2026. The new regulations come into effect with the 2023 model year and require a 28.3 per cent reduction in vehicle emissions by 2026.

This reverses former US President Trump’s softening of the standards and accelerates the US transition to more electric vehicles. The EPA predicts that the new standards will increase sales of electric vehicles and plug-in hybrids to about seven per cent market share of new cars in 2023 and to about 17 per cent in 2026.

EPA chief Micheal Regan, appointed by US President Joe Biden, called the standards “doable”. “We are setting robust and rigorous standards that will aggressively reduce pollution that harms people and our planet,” Regan said. Regan succeeded former coal lobbyist Andrew Wheeler, who was head of the US Environmental Protection Agency under Biden’s predecessor Donald Trump.

The rules softened by Trump set an efficiency standard of 32 mpg, the equivalent of 7.35 litres per 100 kilometres. The now-tightened standards are 40 mpg, or 5.88 litres per 100 kilometres. Regan announced that the “next round of requirements will move forward quickly”. EPA representatives indicated, according to the Reuters news agency, that the stricter requirements could be presented as early as next year, by the year 20230.

US President Biden had set a goal that by 2030 more than half of new cars sold then would be battery-electric vehicles or plug-in hybrids. However, Biden does not support California’s push to ban the sale of cars and light commercial vehicles with combustion engines by 2035.

The Alliance for Automotive Innovation, which brings together numerous American and international carmakers, said the new rules would require a significant increase in sales of electric vehicles – and government incentives for consumers to buy them.

Meanwhile, opposition is also forming within the Democrats to Biden’s very plans to promote electric cars via tax credits – but only for manufacturers that employ unionised workers in the US. Democratic Senator Joe Manchin announced that he would not support the plans because they would favour the three big US manufacturers GM, Ford and Stellantis and the UAW union. It is interesting to note that the EPA event at which Regan presented the new regulations was attended by representatives of these three carmakers, however it should also be noted that Senator Manchin has very strong ties to the coal industry.

Canada is investing in its EV subsidy programme