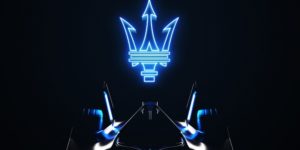 Maserati is the first Italian car brand to enter Formula E. The Stellantis brand will compete in the electric racing series from season 9 with the new Gen3 vehicle. After DS, Maserati becomes the second participant from the Stellantis Group.

In a few weeks, Season 8 will commence, which will still officially be referred to as the 2021/2022 season due to corona-related delays. The Maserati entry will therefore be the 2022/2023 season, which is expected to start at the end of the year. It is not yet clear from Maserati’s announcement who will drive the Maserati race cars and whether a collaboration with an existing team is planned.

The Stellantis brand has a rich motorsport history, but its great successes in Formula One date back many decades – such as winning the World Championship in 1957. When a racing car with the trident logo is on the grid at the end of 2022, it will be the first single-seater racing car from Maserati in more than 60 years.

With its Formula E commitment, the Italian brand wants to illustrate the change in strategy for production vehicles and the electric future: All new Maserati models such as the Grecale, GranTurismo, Gran Cabrio as well as the MC20 super sports car will also be available fully electric in the future. Or as the PR prose puts it, “The combination of Maserati’s unrivalled racing heritage – a brand inextricably linked to high-performance, and its innovative approach to electrification – is a perfect fit for the ABB FIA Formula E World Championship, the world’s first all-electric road racing series.”

The Gen3 race cars will replace the current second-generation Formula E race cars for Season 9. They have more power as well as recuperation on the front axle for the first time – but this is a unit component which is not used for the drive. The teams still develop the rear drive units themselves or buy them from a manufacturer. The Gen3 race cars are so far fixed for seasons 9 (2022/23), 10 (2023/24) and 11 (2024/25).

Maserati may be the first Italian manufacturer in Formula E, but not the first Stellantis brand. With DS-Techeetah, Stellantis is already involved in a successful team. It is not known whether Maserati will collaborate with DS or field its own powered team. DS had committed to Formula E until 2026.

“It is a great pleasure for STELLANTIS Motorsport to play a part in getting Maserati back in the Race,” said Jean-Marc Finot, the senior vice president in charge of the group’s motorsport activities. “Beyond this piece of history, Maserati Formula E will be our technological laboratory to accelerate the development of high-efficiency electrified powertrains and intelligent software for our road sports cars.”

Alejandro Agag, founder and chairman of Formula E, says: “We are proud to welcome Maserati to their new home in world-class motorsport. The ABB FIA Formula E World Championship is the pinnacle of electric racing. It provides the perfect environment for the most dynamic and innovative high-performance car brands to showcase their technological capabilities alongside their sporting ambitions.”

With Audi and BMW already out of the race and Mercedes-EQ announced to pull out after the upcoming Season 8, Agag had let it be known several times that new manufacturers would follow the three German carmakers. Maserati has not yet been named, but the British sports car manufacturer McLaren is said to be interested.