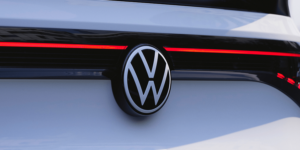 VW wants to have made the decision on the location of the planned new production facility for the manufacture of the electric flagship Trinity outside the Wolfsburg factory premises by the end of this year if possible.

“At present, various locations in Lower Saxony are being examined,” the company admitted. Nothing has been decided yet. However, if the Trinity production agreed upon by the supervisory board is to start in 2026, construction should begin in spring 2023 at the latest.

The fact that it now says that “various locations in Lower Saxony” are being examined is somewhat surprising at first glance. The decision of the planning round explicitly envisaged the Wolfsburg site.

The general Lower Saxony statement is put into perspective somewhat when looking at locations that are currently under discussion, according to media reports. Some of these are not located on Wolfsburg city territory but are still in the immediate vicinity of the main plant. The district of Gifhorn, for example, has expressed interest. According to a report in the Wolfsburger Allgemeine Zeitung, however, the Wolfsburg district of Warmenau is said to be the favourite and an award is on the horizon. Warmenau lies to the north of the company’s headquarters on the Mittelland Canal.

Not only the exact location of the new plant has not yet been decided, but VW has not yet officially confirmed further details such as the planned production capacity – nothing was mentioned in the communication on the planning round. In November, Manager Magazin had reported, without citing sources, that the new plant was to be “designed for an annual capacity of more than 200,000 cars in the medium term” – but there was also talk of up to 300,000 cars.

A new plant outside the existing premises had quickly emerged as the favourite. Other options included the construction of a new assembly hall; existing facilities would have been used for the production of body parts. The car park next to Hall 54 was apparently being discussed as a concrete location. But the construction of a new factory on the existing factory site was also considered. In view of the unit numbers, both options lost out to the new building outside the factory, as the logistics would have become so complex that the external new building would be more economical.