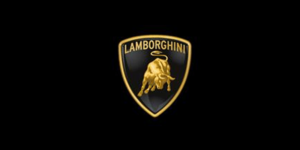 After Lamborghini published its electrification strategy last year, there are now more details about the brand’s electric-only plans. British media, citing Lamborghini boss Stephan Winkelmann, report that the brand’s first electric crossover is due in 2028.

The previous electric strategy ‘Direzione Cor Tauri’ announced the hybridisation of the entire model range by the end of 2024 and the premiere of the first all-electric Lamborghini for the second half of the decade. The British magazine Autocar has now learned from Winkelmann that this model will be an all-new four-seater crossover that will be launched in 2028. Development is to begin this year.

It should not be long before the second electric Lamborghini: As early as 2029, the second generation of the SUV model Urus is to follow as a purely electric model. It is not clear whether the crossover model will be based on the Urus in terms of technology. Winkelmann only confirmed that the first electric Lamborghini will be radically different from all other models of the brand.

Otherwise, the German manager remained vague. “It’s a completely new car: the fourth model. It’s a segment we haven’t been in for decades, if we speak about a 2+2 or four-seater, maybe also high from the ground, with more ground clearance,” Winkelmann said. There will be more ground clearance than in a normal car, he said, but no clear decision yet either. “[…]therefore it’s a bit early to discuss this in depth.”

Winkelmann is silent on the platform of the as yet unnamed four-seater. Autocar speculates about the Artemis platform, since at least the corresponding Bentley model is apparently also to become a kind of crossover as a higher-slung saloon – Winkelmann has hinted at something comparable. However, both the Audi and the Artemis-based Bentley are likely to be considerably more comfortable than is probably envisaged for a Lamborghini. Internally at VW, Lamborghini is still closely tied to Audi, which makes it less likely that it will borrow from the sportier Porsche technology – which is planning its own electric crossover model in Leipzig, detached from Artemis.

The signs are also pointing to electric for the Urus: the current model will still get a hybrid for the model update, but the successor will only be offered fully electric, according to Winkelmann. “After the hybrid car, the Urus will be fully electrified,” Winkelmann confirmed. It will be a “completely new car”, without combustion engines. This also makes a switch to one of the group’s EV platforms likely.

While the future is electric in the “mainstream” business with the Urus and electric crossovers, Winkelmann wants to keep the back door of e-fuels open for the upcoming hybrid sports cars. “We don’t know what is going to happen after that,” said the Lamborghini boss. “It could be that for the super-sports car business, we have an extended period of hybridisation if this is allowed by homologation, sustainability rules and maybe by synthetic fuels. This is a door we’re leaving open so far.”

Kia reveals prices for the EV6 in the USA