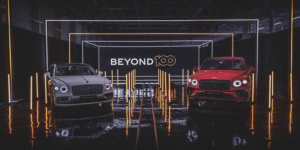 Shortly after Bentley confirmed the production of its first electric car at its main plant in Crewe, the British VW subsidiary presented an update of its ‘Beyond100’ strategy. According to the update, the first model will be followed by another electric model every year from 2025 onwards – i.e. five model series by 2030.

In the separate announcement on the strategy update, Bentley states that the four additional electric cars will be developed in Crewe. However, Bentley does not say where they will be produced – the next planning round at the end of the year will probably have something to say about this at Group level. As is well known, the bodywork for the first model will be produced in Hanover, where the batteries and drives will also be assembled. Painting and final assembly will then take place at Bentley in England.

Speaking to Autocar magazine, Bentley CEO Adrian Hallmark indicated that the five models will not all be based on the same platform. “Some will be higher, some will be lower,” Hallmark said – so they will probably be e-SUVs, but also saloons and/or coupes. However, Hallmark confirmed that all will be VW Group platforms and not Bentley-specific developments.

This is possible, he said, because the way Group platforms are shared has improved greatly in Bentley’s favour. “Previously [our platforms] were derived from group architectures that were developed long before we came to the party. The effort to modify systems and supplier requirements was a big barrier for Bentley in the past,” Hallmark said. With the current generation of vehicles, he said, they have been involved from the beginning. “I can’t stress enough what a breakthrough this is,” says the Bentley boss. “It’s a game changer, it’s so efficient.”

Hallmark did not yet give details of the vehicle itself to Autocar. Before the BEV era starts in 2025, Bentley is focusing on hybrids: the current Bentayga PHEV will be followed by the Flying Spur PHEV this year. Five further derivatives of the Bentayga PHEV are also planned. Bentley expects to achieve more than 20 per cent of its sales with hybrid cars this year.

Renault-Nissan-Mitsubishi kicks up a gear in e-mobility planning