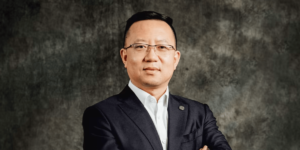 Xinyu Liu has been in the automotive industry for 20 years, SAIC said in a statement. He joined MG Motor Europe in 2019, and Liu was appointed CEO of MG Motor France in March 2020. According to SAIC, the revamped brand was successfully launched there under his leadership. During this time, the company has grown to more than 120 brand stores in all regions of France, he said.

Prior to taking up his work in Europe, Liu held the position of executive director of the Skoda division of the SAIC Volkswagen joint venture. In this role, he was responsible for sales, brand and marketing, sales network development and after-sales service, managing a team of 420 employees. Prior to that, he held various management positions in supply chain and purchasing at the SAIC Volkswagen joint venture.

MG Motor offers a range of electric models in Europe. Most recently, MG Motor announced a new electric model to be unveiled in the fourth quarter of this year. Called the MG4, the 4.3-metre hatchback is expected to compete with the VW ID.3, among others.

According to media reports, MG Motor also wants to launch an electric subcompact for global markets based on the platform of the Mini EV of the joint venture SAIC-GM-Wuling, which is extremely popular in China – for example in India.

In February, the company announced the launch of its MG5 Electric station wagon in continental Europe. In Germany, prices will start at 38,490 euros before and 28,920 euros after subsidies. A cheaper basic model is to follow at a later date.