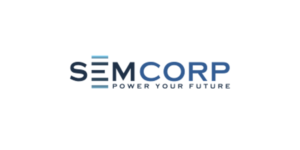 The company said the Ohio plant will employ nearly 1,200, but did not provide a timeline for construction or production. The factory itself will not actually produce batteries, only focusing on the separator films required for lithium-ion batteries, which the company explains means that no lithium will be used at the plant. This is good, because “there will be no lithium mining at the site as there are no lithium deposits in or near Ohio.”

“The Sidney facility is one of the biggest investments in our company’s history because we know the United States is strongly committed to building the supply chains for EVs and energy storage here at home,” said Paul Lee, SEMCORP’s Co-Founder, Chairman and CEO. “Our Sidney site will be America’s largest manufacturer of separator film for EV batteries. We look forward to working hand-in-hand with state and local leaders to make the large-scale domestic production of this component a reality.”

This is not Semcorps only foray into the area of battery separators, as a joint venture for the same purpose was also established with Japanese company Asahi Kasei, with plans to kick off production in 2022.