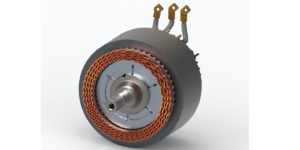 BorgWarner says that the unnamed manufacturer will be supplied with its flexible battery management system (BMS) to equip all of its B-segment, C-segment and light commercial vehicles. The deal is expected to begin in 2023. Without revealing any details about the company – except that it is a long-term partner that BorgWarner has supplied in the past –BorgWarner says that the company’s model years from mid-2023 will be equipped with BMS technology meant to optimise battery pack performance, safety and life span. According to BorgWarner, the BMS aids in weight savings and vehicle range goals.

“We’ve been working with this prestigious manufacturer for over two decades and are delighted to further strengthen our relationship by contributing advanced battery management solutions for their vehicle platforms of tomorrow,” said Dr Stefan Demmerle, President and General Manager, BorgWarner PowerDrive Systems. “This OEM business win for our flexible BMS technology is a step forward for BorgWarner on our path to executing our Charging Forward electrification strategy.”

At the same time, in China, BorgWarner is to provide high-voltage hairpin (HVH) eMotors for “a leading electric vehicle brand.” The electric motors will be used in the unnamed company’s second-generation 800V propulsion system platform that it plans to start mass production in 2023. The US supplier says the 800V oil-cooled eMotors is available as either motor assemblies or stator and rotor subassemblies. The inverters incorporate built-in, permanent magnet rotor and stator insulation enhancement technologies and, according to the company, deliver peak efficiency of over 96%. The inverters feature HVH stator winding technology.

“We are excited to continue our partnership with this Chinese leader in EVs, working together to succeed in the Battery-Electric Vehicle sector,” said Dr. Stefan Demmerle, President and General Manager, BorgWarner PowerDrive Systems. “BorgWarner’s eMotors feature premium reliability, higher efficiency as well as superior power and torque density, and exemplify our extensive experience in e-mobility applications.”

Also in China, BorgWarner said it will also supply “a leading Chinese OEM” with a dual inverter to be used in hybrid vehicles expected to launch in 2023. Dr Stefan Demmerle, President and General Manager, BorgWarner PowerDrive Systems said: “This leading Chinese OEM’s dedicated hybrid transmission (DHT) system is becoming a strong benchmark in the market due to its dynamic driving performance and ability to achieve greater fuel economy. This partnership will aid us in continuing to lead the DHT and hybrid inverter technology spaces.”

The US supplier has been making headway in China – the world’s most developed and largest electric vehicle market. Earlier this year, the company announced an order from a Chinese luxury electric car brand for a complete 800-volt drive system, but also an interesting order for an electric truck component. BorgWarner also announced that it would acquire Santroll Automotive Components in China and completed the deal last month.