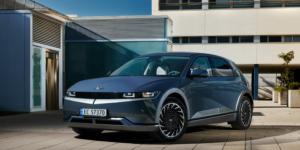 The Norwegian public road administration ‘Statens vegvesen’ has put the removal of some advantages for electric cars in road traffic into play. The considerations are part of a plan to reduce car traffic in Norway as a whole.

In a letter to the Ministry of Transport, the authority outlines how car traffic as a whole can be further reduced by removing preferences for e-cars. After all, it says, the benefits for electric cars are one of the reasons why public transport use is still low compared to the years before the Covid 19 pandemic.

Among the measures to be dropped according to the proposal are the right to drive electric cars on bus and taxi lanes and the toll benefits for e-cars. Specifically, the toll (currently 50 per cent of the price of internal combustion cars for electric cars) is to be increased to 70 per cent, according to the authority. From 2025, all types of drives are then to pay the same amount – provided that only emission-free new cars are registered then.

“An electric car is also a car that takes up space in traffic,” Road Director Ingrid Dahl Hovland is quoted as saying. “We want to reduce car traffic in cities. With half a million electric cars on the roads, we are approaching a point where we need to think about phasing out the toll benefits.”

In addition to reduced toll prices and driving in bus lanes, electric cars in Norway are also encouraged with a VAT exemption on purchases and lower prices in public car parks. Regarding driving in bus and taxi lanes, however, it must be mentioned that this is only allowed when there are several people in the car. Regarding reduced parking fees, the Road Administration is of the opinion that this should still be decided locally by the municipalities.

With this proposal, the Road Administration follows the Ministry of Transport itself. The ministry had already considered abolishing or reducing privileges for electric vehicles a few weeks ago. Shortly afterwards, Norway’s government announced in its supplementary budget that it would abolish the VAT exemption for electric cars costing more than 500,000 kroner (equivalent to just under 49,000 euros at present) as of 1 January 2023.

Criticism of the new proposals comes from the Norwegian EV Association ‘Elbilforening’. It is a “declaration of war on both the climate and the important investment in electric cars”. “When the Norwegian Public Road Administration proposes to abolish the environmental rebate in the toll ring, it is actually strengthening the competitiveness of the fossil car,” says Unni Berge, head of communication and public relations at the association.