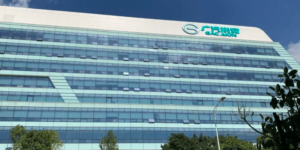 Chinese carmaker GAC has unveiled a next-generation LFP battery designed to improve energy density as well as low-temperature, fast-charging and durability indicators. It is expected to be in use as early as next year.

The new SmLFP technology adds a higher capacity microcrystalline active cathode material to conventional LFP chemistry. According to GAC, this increases the gravimetric energy density of the cell by 13.5 per cent, the volumetric energy density by 20 per cent and the capacity at low temperatures of -20 °C by about ten per cent. Thus, fast charging rates of 2C and more are possible. The service life is said to be more than 1.5 million kilometres.

The new battery technology will initially be used in the latest model of GAC Aion, the electric car offshoot of the Chinese GAC Group. The electric car is expected to be launched as early as next year, according to the company.