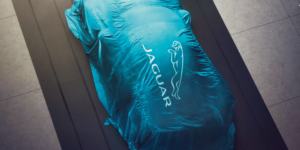 Jaguar is planning three electric SUV crossover models in the course of transforming into an all-electric brand by 2025, local media reports. The new models will utilise Jaguar’s own BEV platform Panthera and are designed to break the £100,000 barrier in pricing.

The new model range promises to make Jaguar more exclusive while the “jaw-dropping” crossovers will take it into Bentley territory, writes Autocar. Jaguar will make the three e-sports SUVs in Solihull, UK and targets 50,000 to 60,000 units a year.

The entry-level model (in size, not price, obviously) is believed similar in size to the Porsche Taycan Sport Turismo according to Autocar. It will come in three-door and five-door bodies, positioned as separate models, with an entry price of around £80,000-£90,000. However, powertrain set-ups with two- and four-wheel drive will likely drive prices to 120,000 pounds – “above which Jaguar will doubtless see space for bespoke SVR models,” writes Autocar.

Expect to see the first model at a major global motor show towards the end of 2024. Jaguar had already unveiled its proprietary Panthera electric platform in February, after having taken some time to decide whether to go in-house or rely on a third-party platform for EVs.

JLR design chief Gerry McGovern and his team however worked on independent designs for incoming electric car range so that a third-party architecture would have proven an issue. “With the new Jaguar, we put a lot of emphasis on unique proportions. That’s the reason we’re doing it ourselves at the moment,” Thierry Bolloré, Jaguar Land Rover’s CEO, said when launching Panthera.

Jaguar announced its way into the electric age as part of JLR’s ‘Reimagine’ strategy last year.