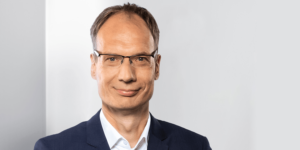 Nikola Motor has promoted Michael Lohscheller to CEO. He will succeed Mark Russell at the helm of the electric truck maker on 1 January 2023. Russell will remain on the board, Nikola announced.

Russell will relinquish the CEO post to Lohscheller at the turn of the year but will remain with the company as a board member. The board, or administrative board as it is often called, is a control body with influence on the operational business.

“Michael Lohscheller’s selection represents the completion of a thoughtful succession planning process by the Board of Directors,” said Steve Girsky, Nikola’s Chairman of the Board – the former GM manager already knows Lohscheller from his time at Opel. “In his six months since joining our company, Michael has continued to bring an increased sense of urgency, high level of accountability, improved lines of communication and accelerated decision-making to Nikola Motor. We believe that same standard of excellence and operational and commercial expertise will benefit the company’s vehicle and energy infrastructure vision.”

Nikola had appointed Russell in autumn 2020 in response to a very turbulent time with the collapsed GM deal and fraud allegations that led founder and then CEO Trevor Milton to resign. Nikola has returned to calmer waters under Russell. The company had to cut delivery targets, but it was able to deliver the first Nikola Tre BEV just before Christmas.

“Being part of Nikola has been the highlight of my career,” Russell said. “I am confident that under Michael’s leadership, we will continue to show how to decarbonize heavy commercial transportation and help the world create the energy ecosystem of the future.”

“I am honoured and excited to succeed Mark as Nikola’s next CEO,” said Lohscheller. “We have a robust business model, a talented global team, leading electric vehicle technology and energy solutions.” Looking ahead, Lohscheller sees Nikola Motor as “well-positioned to capitalize on the growth opportunities ahead of us and accelerate our strategic initiatives.”