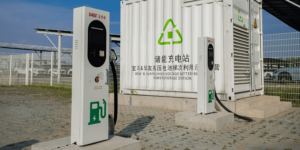 China’s Ministry of Transport (MOT) wants to boost EV charging along the country’s highways, according to a construction outline seen by the Global Times. The Ministry assumes the new facilities must have the capacity to serve 20 million new energy vehicles by 2024.

This is according to estimates in the 14th Five-Year Plan period (2021-25). The expansion will take place gradually, and the density of charging stations will be increased.

To start with, the Ministry expects China to deploy charging facilities to all highway service areas except those in high-altitude regions by the end of 2022.

Highways connecting provinces will provide charging services by the end of 2023, with routes connecting rural roads covered by 2025.

Ministry data showed that China had 10.01 million NEVs (BEVs, PHEVs, FCEVs) on the road as of June, which is expected to grow to 25 million in 2025 and 80 million in 2030. In the current year alone, sales of new energy vehicles in China will total 3.03 million units, an increase of 123 per cent, CPCA reports.

The Ministry said that transport authorities and highway operators had built more than 13,300 chargers in 3,102 service areas on highways.

The industry development outline issued in November 2020 stated that the construction of NEV chargers would be eligible for financial support and the use of public infrastructure.

More details, also on the envisioned type of charger or power delivered at the plug, remain scarce.

Established private partnerships such as BYD and Shell or Avatr and BP have remained regional and focused on metropolitan areas. Also CAMS, the joint venture by Volkswagen Group China, JAC, FAW and Star Charge, focuses on cities so far and announced in July it had built 760 fast charging sites with more than 7,000 charging points in 100 Chinese cities.