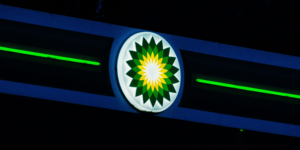 Avatr, the Chinese EV maker backed by Changan, CATL and Huawei, has announced a new partnership with British Petroleum (BP). They want to build out ultra-rapid charging infrastructure in China and aim for 240 kW of power delivered per plug.

Announced as a long-term strategic partnership, the first results of the Avatr-BP cooperation are to show before the year’s end. The companies name Beijing, Shanghai, and Guangzhou as launch markets. However, longer term, there will be 19 unnamed cities to receive some of the 100 new DC charging stations by the end of 2023.

Avatr wants the stations to have 480kW of power on average, with a single charging connector delivering a maximum capacity of 240kW. The duo aims to realise 200km of range with a 10-minute charging session.

Avatr claims this makes them the first to lay out a high-voltage charging network on a large scale. The brand’s first production model, the Avatr 11, will also be the first vehicle model in China, enabled with 240kW high-power charge capability. Other technical data remains scarce until the official presentation at the Chongqing Auto Show. Series production and deliveries are set to begin in Q3/2022. Avatr has claimed 700 kilometres NEDC range and acceleration from 0 to 100 km/h in four seconds.

This contrasts with the brand’s recently compact EV that only charges with alternating current via the Chinese GB/T standard. The Lumin Corn has a 30 kW motor designed to rival GM-Wuling’s bestselling Mini EV.
Avatr Technology was formerly known as Changan Nio, which Changan and Nio founded in July 2018, when each party held a 50 per cent stake.

CATL joined the effort in 2021, changing the ownership of the new brand, with Changan now holding 39 per cent of Avatr. CATL owns 24 per cent of the shares, while Nio owns just under one per cent. An investment fund from Chongqing was said to own 21 per cent, and there is Huawei.

Avatr’s partnership with BP is among the cases of fossil fuel giants wanting to get a share in the age of electrification. The statement did not disclose BP’s exact part in the partnership. Likely, the company will open a few pit stops for Avatr to install HPC equipment.

Nio has made a similar arrangement in November last year, in their case relying on Shell in China and in Europe.