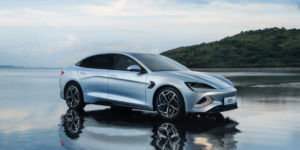 Despite increasing production capacities, the waiting time for BYD customers has not shortened due to the continuously rising order backlog. Currently, the Chinese manufacturer is said to have an unfilled order backlog of 700,000 vehicles.

This was announced  by company CEO Wang Chuanfu to local media. The current waiting time for customers who would place an order now is said to be four to five months.

Power outages due to extreme heat and covid restrictions also affected vehicle deliveries in August. Nevertheless, BYD was able to sell 174,915 New Energy Vehicles (in the case of BYD BEV and PHEV) last month, which is a new record up 184.84 per cent from the 61,409 units a year ago and up by 7.62 per cent from 162,530 units in July. By the end of this year, the Chinese manufacturer aims to increase its monthly deliveries to 280,000 units.

The BYD CEO describes the reform of the tax credit for electric vehicles in the USA as discriminatory. If the US government continues to insist on this policy, BYD would consider temporarily abandoning the US market.

In terms of overseas market development, BYD will make Europe one of its main targets. The plan is to enter the market with three e-models this year. In Germany and Sweden, BYD models will be sold in cooperation with the Hedin Group. This will also involve real dealers, not just pure online sales. In Germany, due to the comparatiely larger population, other sales partners could be added in addition to Hedin. In the Netherlands, the Chinese manufacturer has chosen the Louwman car dealer group as its national sales partner. The company will offer BYD customers in the Netherlands online and offline sales as well as after-sales services. Israel is also a new market that the Chinese EV manufacturer is expanding to, for which a sales partnership was launched in August.