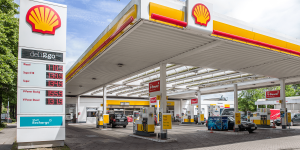 Shell plans to set up more than 10,000 charging points across India by 2030. The company has launched its first EV chargers in India for the four-wheeler and two-wheeler segments in Bengaluru. India is the first market for Shell to launch chargers for two-wheelers.

Shell says it will provide customised charging solutions at “on-the-go locations”. These will include Shell fuel stations, standalone EV hubs, home charging and destination locations. The slowly transitioning fossil fuel extraction company aims to deploy 100 kilowatts (KW) and above direct-current (DC) fast chargers to at EV hubs to enable fast charging and allow light electric vehicles – many of which are used for commercial purposes – the shortest possible charging times. The company promises that the power provided at the Shell Recharge chargers will be 100% green energy.

As with charging services for electric cars, drivers of light electric vehicles in India will be able to operate the new chargers through the ‘Shell Recharge India app’, which is, of course, available on both Android and iOS operating systems. The app allows riders and drivers to locate the closest available charger, choose whether they want to charge by unit, time or by percentage, and then make quick payments.

In the first phase of this rollout of light electric vehicle charging infrastructure, Shell says it is setting up charging stations in Bengaluru across its fuel stations located in Yeshwantpur, Marathalli, Old Madras Road, Brookefield and Kanakpura. The aim is to expand its EV charging infrastructure even further than its existing retail markets of Karnataka, Tamil Nadu, Maharashtra, Gujarat, Telangana, Assam, and Andhra Pradesh.

In India, the number of motorised two and three-wheelers vastly outnumbers cars. While Shell is focussing on utilising its existing infrastructure for fossil-fuelled vehicles, India has also seen enormous investment in battery swapping infrastructure for these kinds of vehicles. While Western markets struggle with the conflation of the uptake of large electric cars and limited energy resources, motorised two- and three-wheelers use only a fraction of the energy consumption for similar journeys and purposes.

Nikola Motor & E.ON team up on H2 refuelling in Europe