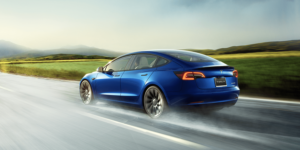 After several fixes done via software, Tesla is now physically recalling about 24,000 Model 3s in the US for potentially improperly fastened seat belts. In addition, an investigation has been launched by the Department of Justice over autopilot claims.

The investigation launched by the US Department of Justice into Tesla is over potentially inaccurate promises made by the manufacturer about its Autopilot driver assistance system. The reasoning behind the investigation is the track record of over a dozen crashes last year, some with fatal results, while the autopilot system was on. Elon Musk’s claim that the system is “probably better” than human drivers will have to stand up to some scrutiny, as the courts are now examining whether customers, investors and regulators were misled by unsupported claims.

Tesla recently changed up the concept behind the autonomously driving autopilot system, abandoning the use of additional sensors in favour of a camera-only ‘Tesla Vision‘. While the company claims that the simplified data streams would be more efficient, this does raise some serious questions about the system’s use in a fog bank or in other adverse conditions, where visibility is impaired.

A similar probe is also underway in Germany, where the German Federal Motor Transport Authority (KBA) launched an investigation into the autopilot system and the marketing claims surrounding it in September.
electrek.co, reuters.com (investigation)