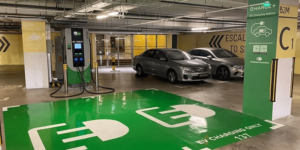 Charge+, an EV charging solution provider for Singapore and Southeast Asia, has won the Singapore government tender for EV charging infrastructure to install, operate and maintain about 4,000 EV charging points in Singapore.

Charge+ was one of two consortiums which were awarded the very first governmental EV charging tender in September 2021, marking today’s award the second governmental EV charging tender won by Charge+. With the addition of these 2 zones into the Charge+ network, Charge+ will now serve Housing & Development Board carparks in 4 out of 5 zones in Singapore.

The assignment of the tender is a major milestone in the process towards Singapore’s plan to set up 60,000 charge points by 2030. The target was announced in February last year, with the provision that no new diesel vehicles would be registered in the South-East Asian nation from 2025 following only a month later.

Charge+ had initially entered the charging business in 2020, when the Sunseap Group had set up the company. At the time, the company launched with an ultra-slim charging station. Charge+ had announced plans to install 10,000 of the charging stations across Singapore within the decade at the time. The concept behind the slim charging unit was to cater to densely populated cities such as Singapore, as many urban areas simply do not have the extra space to install large charging infrastructure.

“We are honoured and excited to be selected by the Singapore government to roll out EV charging points in HDB carparks in the Central and West regions,” said Goh Chee Kiong, CEO of Charge+, adding: “This award is testament to Charge+’s capabilities and track record to deliver a reliable EV charging network. With the experience from the first governmental tender for EV charging, we look forward to the speedy implementation of this new charging network in HDB carparks which will contribute to our corporate target of at least 10,000 charging points by 2030.”