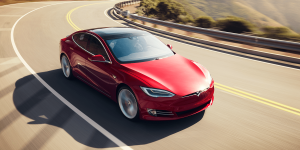 Tesla has to navigate rough terrain as it encounters a potential issue with its steer assist system, which could affect 40,000 vehicles in the US. Rather than recalling the Model S and Model X cars, however, Tesla is literally countersteering and issued an over-the-air update.

Tesla is sending the software adjustment to more than 40,000 Model S and Model X vehicles from 2017 to 2021 in the US that were at risk of losing power steering when driving on rough roads or through potholes, according to the filing with the National Highway Transportation Safety Administration.

Tesla says it has developed a software update that has already fixed the problem in most vehicles.

The NHTSA disagrees, though or insists on calling it a recall, at least. While Tesla considers a recall anything that requires the drivers to return their cars to the workshops physically, the NHTSA wants carmakers to file for a recall also in cases when a company decides to use an OTA software update to fix issues that should have been a recall.

“Any manufacturer issuing an over-the-air update that mitigates a defect that poses an unreasonable risk to motor vehicle safety is required to timely file an accompanying recall notice to NHTSA,” the authority said.

Indeed some issues require a more hands-on approach, e.g. Tesla had physically recalled around 24,000 Model 3 cars in the US only a week ago because of possible improperly fastened seat belts as reported.

As for the issue at hand, Tesla said it identified 314 vehicle alerts regarding power steering among US vehicles that may be related to the recall/OTA but said it is unaware of any injuries or deaths related to this condition.