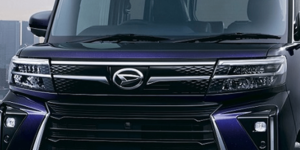 The Japanese small car manufacturer Daihatsu is cooperating with the Chinese battery giant CATL and wants to stock up on battery cells for future electric models through its new partner.

Both sides have now signed a memorandum of understanding on strategic cooperation. CATL is to supply Daihatsu with cells and battery management systems for the Japanese manufacturer’s future electric models, with the use of technologies such as CTP (Cell to Pack) explicitly included in the contract.

An accompanying statement says that Daihatsu’s goal is to offer low-cost electric cars for Japan and emerging markets. Further details on the planned models have not been mentioned. So far, the Osaka-based brand has not attracted attention with big electric mobility plans much like other Japanese manufacturers who have focussed more on hybrids.

In the spring of this year, however, the Japanese newspaper Nikkei published an interview with Daihatsu’s president Soichiro Okudaira, who, among other things, spoke of electric vehicles manufactured in China as a “threat” that required new thinking.

Bollinger to fit commercial vehicles with ONE batteries