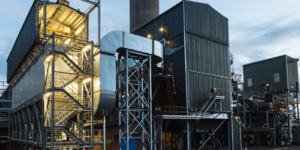 General Motors has agreed with Vale Canada on a long-term supply of nickel for its electric car batteries. Vale is to supply 25,000 tonnes of battery-grade nickel sulphate annually from the second half of 2026.

The material is to come from the planned plant in Bécancour. GM wants to use the nickel in the cathodes of its Ultium batteries, which are produced jointly with LGES. According to General Motors, the nickel quantity is sufficient for the batteries of about 350,000 electric vehicles per year.

GM does not specify in which plants and models exactly the batteries with Vale nickel will be installed – the announcement simply lists all electric cars based on the Ultium platform that have been presented so far, from the GMC Hummer EV to the Chevrolet Equinox EV. But it seems clear where the carmaker wants to process the raw material into cathode materials: directly on site in Bécancour. A joint venture between GM and Posco is building a corresponding factory there.

Vale Canada is not the only source of nickel for GM: In October, the carmaker invested in the Australian battery materials supplier Queensland Pacific Metals to secure access to nickel and cobalt. In this case, nickel laterite ore is to be mined in New Caledonia and processed in Townsville.

According to Deshnee Naidoo, executive vice president at Vale, “high-purity, low-carbon nickel from our Canadian refineries” will be used to supply GM. “This is a momentous agreement for Vale Base Metals that brings a key partner in GM into this first-of-its-kind facility for Canada and North America,” Naidoo said.

Bécancour in the province of Quebec is increasingly becoming a centre for battery materials. In addition to Vale’s planned refinery and the cathode materials plant from the GM-Posco JV called Ultium CAM, BASF is also planning a cathode materials manufacturing facility in Bécancour. The Canadian graphite producer Nouveau Monde Graphite (NMG) has a plant there where it processes the graphite mined in its Matawinie mine (also in the province of Quebec) into battery-grade anode material – to supply Panasonic, among others.