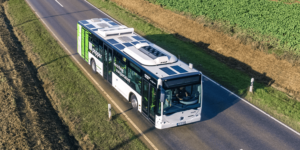 In Germany, the electric retrofitter Pepper Motion and the solar electric car developer Sono Motors are cooperating in a joint project to integrate a solar retrofit solution for commercial vehicles. The first vehicle equipped with Sono’s “Solar Bus Kit” is a converted Mercedes Citaro.

Sono Motors presented its Solar Bus Kit in the summer in parallel with the series design of the Sion solar electric car. The kit is not limited to electric buses. It can also be placed on the roof of diesel buses to generate electricity for the auxiliary consumers and thus reduce fuel consumption.

The vehicle that Pepper Motion and Sono have now presented used to be a diesel bus, but the Mercedes-Benz Citaro C1 has since been electrified with Pepper technology.” Even so, the PV system installed on the roof will not cooperate with the bus’s electric drive, but rather the solar power is fed into the low-voltage electrical system (24 V). Solar power is, therefore, not used directly for the electric bus motor, but rather for supplying the air-conditioning system and other ancillary units. This relieves the high-voltage battery and the DC/DC converter, which could lead to longer operating times, fewer charging cycles and lower overall operating costs. 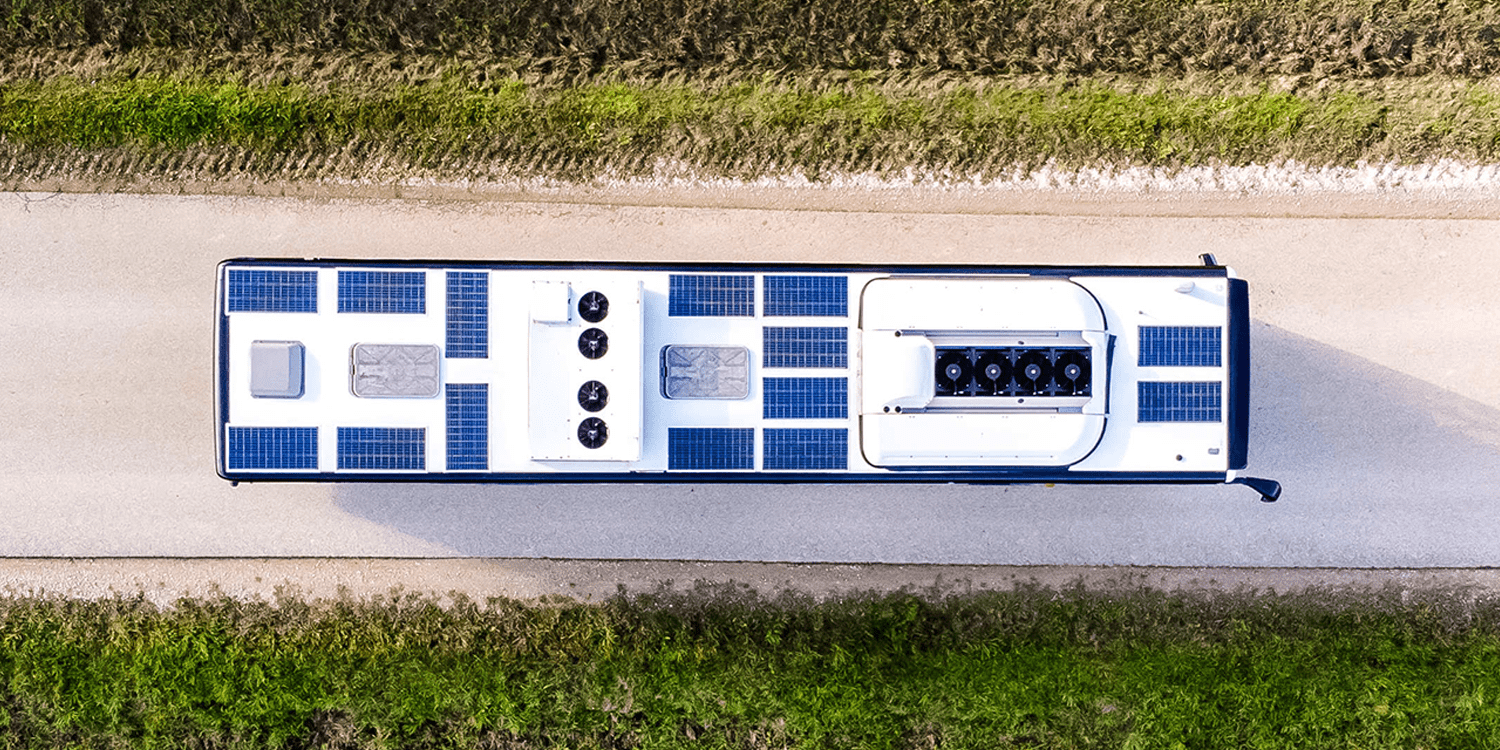 With the Solar Bus Kit now tailored to the vehicle, the two German companies want to back up what is still a “should” or “could” with concrete data. The bus will collect real data over a period of two years. Over this process, the energy yield of the PV system will be measured, along with the consumption data of the aggregates connected to the 24 V battery. The electric bus will enter the test phase on public roads with Pepper customers from December 2022 onwards.

The 14 PV modules have a total installed power of 1.3 kWp. The electrical integration of the photovoltaic modules is carried out via Sono Motors’ MCU (Maximum Power Point Tracking Central Unit), which is derived from the technology used in the Sion electric car and which has been developed specifically for use in vehicles. According to Sono, the multi-channel solar charge controller has an intelligent algorithm designed to optimise the energy yields of the PV modules.

“We believe in a future where every vehicle will be a solar electric vehicle. For this reason, we are convinced that our first e-bus with solar technology marks a decisive step for the future of public transport,” says Laurin Hahn, CEO and co-founder of Sono Motors. Andreas Hager, CEO of Pepper, adds: “The idea of additionally installing PV systems directly on an e-vehicle supports our corporate philosophy of providing drive systems with maximum energy efficiency for an even more sustainable commercial vehicle sector.”