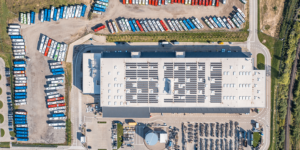 Solaris gives us an insight into its factory in Bolechowo near Poznan, where Poland’s leading e-bus maker recently inaugurated a bus charging park. Solaris equipped the massive charging hub with systems from three manufacturers that support bidirectional charging – a first in Poland.

Solaris announced the 5,000-sqm Charging Park in Bolechowo in November 2021 and already made clear at the time that this would be ambitious.

Sitting near the company’s headquarters, the new facility allows for charging and discharging Solaris vehicles and for the company’s tests, but also demonstration purposes to “respond precisely to the growing demand for electric buses from European operators,” Solaris said at the time.

Eight parking spaces are available, including four covered ones, and a section of the trolleybus network is available.

While Solaris had not disclosed the manufacturers of the charging technology when announcing the Charging Park last year, they have now been revealed: Medcom, Ekoenergetyka and ABB. Using their plug- and pantograph-based solutions, the Polish company, wants to test various battery charging systems and prepare offers tailored to different market needs.

According to the company, the charging system from Polish manufacturer Medcom consists of two independent plug-in chargers with a capacity of 150 kW, each V2G-capable. It is the first installation on Polish soil “and is also one of the first of its kind in Europe”, informs Solaris. So far, Medcom is said to have received orders for such charging systems exclusively from Japan.

The second charging solution in the factory’s charging park comes from Ekoenergetyka. The set-up has eight charging points of 150 to 600 kW each, which can charge three vehicles simultaneously. Currently, the manufacturer says the charger is equipped with pantographs compatible with all types of overhead chargers used by Solaris. Specifically, the company uses inverted pantographs, conventional pantographs and the so-called Ride&Charge system. In addition, the charger has three connections for plugging in, including one with up to 300 kW and two with up to 150 kW. Solaris is also experimenting with V2G for the Ekoenergetyka solution.

As a third charging system, Solaris presents an ABB device with four charge points and a total power of 360 kW. Here, two buses can be charged simultaneously with a capacity of up to 150 kW. Shortly, it will also be possible to charge a bus with an output of up to 360 kW via a pantograph. In principle, charging processes via plug and conventional and inverted pantographs are possible with the device.

The park’s operation is controlled via a central management and monitoring system. In addition, according to Solaris, the roof of the facility is equipped with an extensive photovoltaic system, which increases the share of renewable energy in the plant’s daily energy consumption.

A much larger photovoltaic system is also enthroned on a new Solaris warehouse. Measuring 10,000 sqm and called the Warehouse Hall, the new facility plays a “key role” in the supply chain of parts and components needed for the manufacturing of Solaris buses and trolleybuses, so the manufacturer. The storage facility was built near the production plant, and its reinforced roof houses 572 photovoltaic cells with 260 kWp capacity. Solaris also plans to retrofit other buildings with solar installations in future. 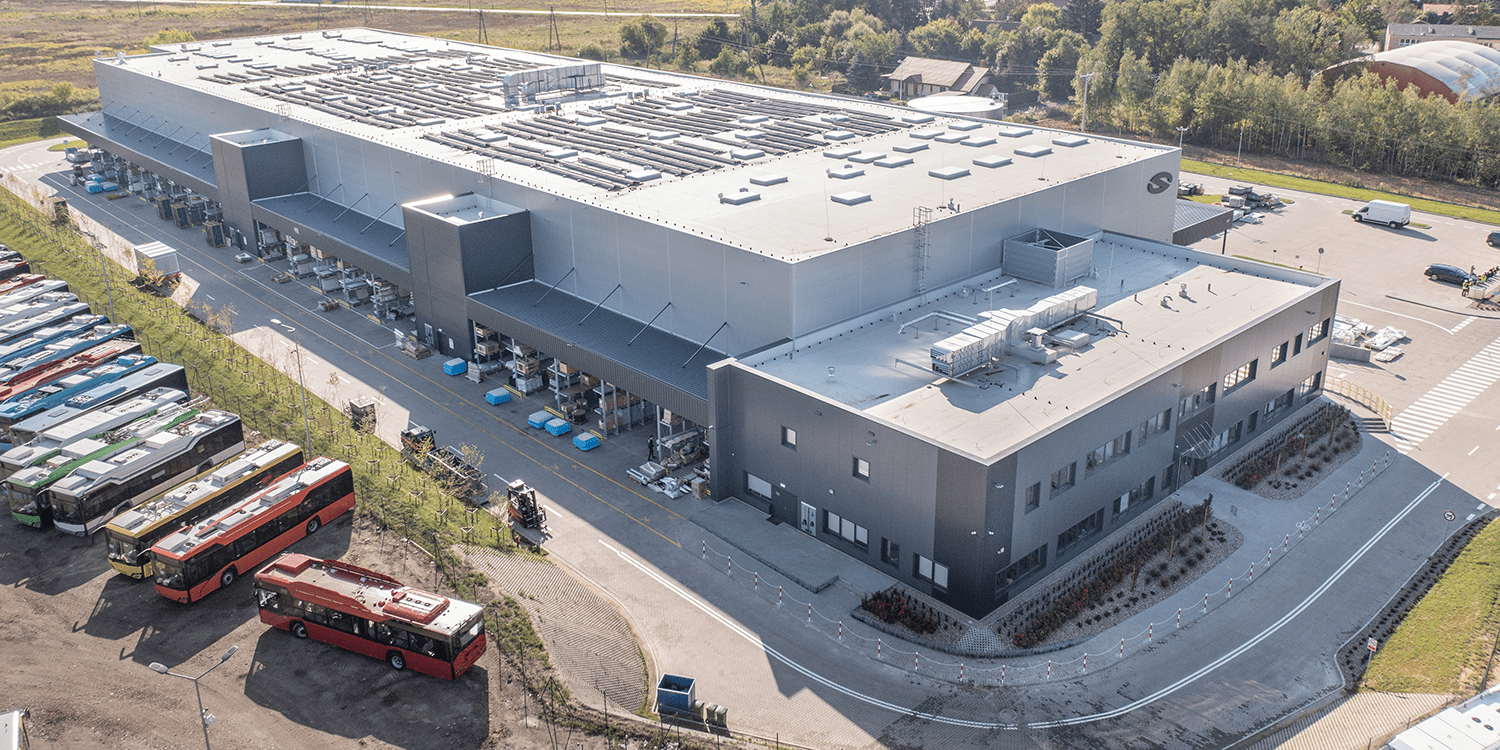 Solaris is one of the major European e-bus manufacturers and delivers several hundred electric buses throughout Europe every year. “This investment in our own Charging Park – a single central site for charging e-buses – marks a natural step in the dynamic development of Solaris’s zero-emission range,” the company informs. The possibility to test different solutions enables Solaris to “provide a tailor-made response to the increasing demand of European transport operators for electric buses”.

The electric bus boom in Europe continues, as a look at the 2021 bus registration figures shows. After 2,210 electric buses in 2020, a further 3,282 electric buses (in each case excluding trolleybuses) were newly registered in 2021.

>> Reporting by Cora Werwitzke; edit and translation by Nora Manthey.