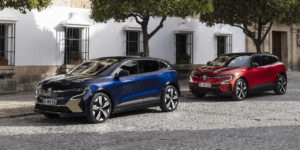 France has extended the ‘Benefit-in-Kind’ scheme for electric cars by two years – it now applies until the end of 2024. In addition, electric car drivers pay fewer tolls for using French motorways.

The ‘Benefit-in Kind’ tax is more or less equivalent to the imputed income – a tax for employees who receive benefits or perks in addition to their salary. If they have a company car for private use, they have to pay a BIK contribution.

The scheme in France, which came into force in January 2020, provides a 50 per cent reduction for company electric cars – but the annual savings per employee are capped at €1,800. Originally, this 50 per cent regulation was limited to 31 December 2022, but with the extension that has now been decided, it will not expire until the end of 2024.

Also extended until 2024 were the exceptions that no BIK tax is levied on charging at the workplace. This means that employees will be able to charge at the employer’s premises in 2023 and 2024 without having to pay the imputed income tax.

In addition, the French motorway operators have announced an increase in tolls – from February 2023, the prices for using the motorways are to rise by an average of 4.75 per cent. However, according to a report, the operators – in agreement with the French government – are granting a discount of five per cent to all owners of electric cars – effectively cancelling the announced price increase for e-cars. However, the exemption is limited to one year for the time being.

The French purchase premium in its current form is limited until the end of 2022. Originally, the subsidy rates for electric cars and plug-in hybrids were supposed to decrease already at the turn of the year 2021/2022, but were extended in two steps until the end of 2022. A further extension is not yet known, which means that from 2023 the subsidy should fall by 1,000 euros. Since PHEVs are only subsidised with 1,000 euros anyway, this subsidy should de facto expire. BEVs and FCEVs will then still be subsidised with up to 5,000 euros.