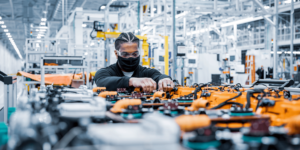 The US American government will not publish the battery mineral and component requirements that electric cars must meet to qualify for tax incentives under the Inflation Reduction Act until March 2023.

This was revealed by the US Treasury Department. Initially, these battery requirements were to be determined in 2022, as electric vehicle tax credit reform under the Inflation Reduction Act goes into effect in the US on Jan. 1, 2023. However, the Department announced that in December 2022, it will still issue “information on the expected direction of critical mineral and battery component requirements.”

These are intended to help manufacturers prepare to identify vehicles eligible for the tax credit in light of the new battery requirements. The announcement means that some electric vehicles that do not meet the new requirements regarding batteries will be eligible for the tax credit in 2023 at least until March, before the battery rules take effect.

Other components, however, will go into effect as planned at the turn of the year, such as the caps on buyer income and the price limits on eligible vehicles. The previous registration cap for manufacturers will also then cease to apply, meaning that electric cars from Tesla and General Motors will once again be eligible next year.

Most manufacturers have been preparing for the subsidy changes by building battery production infrastructure in the USA, such as the Chinese manufacturer CATL, in cooperation with Ford, as well as Hyundai & SK On, or Envision AESC.