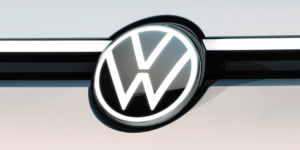 The Volkswagen brand is on the brink of announcing a new head of design. According to German media, head designer Jozef Kaban will be replaced by Andreas Mindt on the 01 February, back from his post at Bentley. This was indicated by the new board of directors.

As the German publication Automobilwoche has learned from insiders, the decision is to be officially announced in the coming days. The reason for the change in management is that Kaban did not meet the expectations for important vehicle models, particularly the ones with which the company wanted to make the switch to a fully electric vehicle brand.

The latest issue had been with the design for the small electric car ID.2, which was rejected and will have to be redesigned. The concept design for the ID.Life had even been criticized by both Herbert Diess and Ralf Brandstätter. The new leadership duo under Thomas Schäfer and Oliver Blume has not changed their opinion on the matter either, and rejected the electric flagship model design for the Trinity.

Kaban will not leave the company entirely, however, but will be reassigned within the company, so it is not unlikely that he will be assigned to another VW brand. However, he will not be changing posts with his replacement, as Mindt’s replacement will follow from within Bentley with the current head of exterior design at Bently, Tobias Sühlmann.

This was also not the only reassignment lately, as brand designer Klaus Zycriora was replaced at Porsche by Michael Maurer on the first of January.

Volkswagen has now officially confirmed the previously leaked change in the post of head of design for the VW Passenger Cars brand. Jozef Kaban will be replaced as chief designer of the core brand on 1 February by Andreas Mindt, who is being brought back from Bentley.

Aptera presents the ‘launch edition’ of its solar trike