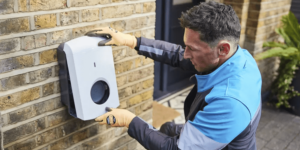 The British energy supply company Centrica is pushing ahead with the electrification of its fleet. The conversion of the entire fleet to electric vehicles is to take place by 2025, five years earlier than previously planned. 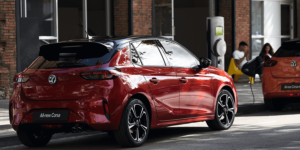 In the UK, Vauxhall is offering new Corsa-e customers a free Home Charging Unit and 30,000 miles of free electricity in partnership with British Gas. The offer only runs from 8 December 2020 till 11 January 2021.

Britain’s largest energy supplier British Gas has signed a three-year contract with the Dutch charging infrastructure provider Alfen to supply charging equipment for its own business, for its parent company Centrica and for its customers.

Opel known as Vauxhall here has officially opened the order books for the electric van Vivaro-e. Customers can reserve the right-hand-drive versions from now on and expect deliveries in October. The zero-emission transporter qualifies for the plug-in van grant.

The Opel sister brand Vauxhall has received an order from British Gas for 1,000 fully electric vans, the Vivaro-e. According to the manufacturer, this is the largest commercial order for electric vehicles in the UK to date.

Volkswagen has agreed to a three-year partnership with the British energy supplier Centrica to provide home charging solutions and services for VW’s electric car customers in the UK. The offers will be handled specifically by the Volkswagen subsidiary Elli and the Centrica brand British Gas.

Ford has published the results of its London fleet tests, in which a total of 20 Ford pre-series vehicles with plug-in hybrid drives were used by various companies.

The major British energy companies Centrica and SSE have joined the Climate Group’s EV100 initiative together with facility service provider Mitie. This commits them to electrifying all their vehicle fleets by 2030. This involves a total of around 21,000 vehicles.

Electric car sharing in Milan: Italy’s design capital now has a fleet of 100 EVs for the free-floating carsharing scheme Share’Ngo. The two-seat ZD1 by Geely subsidiary Xin Da Yang Electric Vehicles is made in China. Women are allowed to drive the EVs free of charge at night. Share’Ngo plans to grow its fleet in Milan as well as to expand the service to Florence, Modena, Pisa, and other European cities.
quattroruote.it, milano.repubblica.it (in Italian)

Universal charging: GoE3 is building a coast-to-coast fast-charging network in the U.S. Its charging stations support both Level 2 and Level 3 quick charging with both CHAdeMO and SAE standards. The first stations have already been installed in Arizona between Phoenix and Tucson.
prweb.com, tucsonlocalmedia.com

New Zealand charged up: A new initiative, ‘Charge.Net.NZ’ aims to install fast-charging stations all over New Zealand. Within the next three years, 74 stations are set to become available to Kiwis, the first 23 of which will already be installed this year.
3news.co.nz

British Gas runs an electric shuttle service for staff travelling between its two sites located west of London. The two Mercedes-Benz E-CELL Traveliners are part of the utility provider’s plans to replace at least 10 percent of its 13,000-strong fleet with electric vehicles.
evfleetworld.co.uk

Park & Charge in Maryland: The Electric Vehicle Institute (EVI) has been asked to install 20 EV charging stations in municipal parking garages in Baltimore. The city already has 20 charge spots in garages. The new stations will be run by EVI over the next 3 years.
baltimoresun.com

500 more millions: The British government specified the second round of its ‘ultra-low emission vehicle’ initiative. Another 500 million pounds (841.2m dollars) will be invested in the continuation of the 5,000-pounds buying incentive, the creation of green city areas and research and development. 32 millions are reserved for the installation of new fast chargers.
gov.uk, businessgreen.com, transportevolved.com

British Gas convinced by Nissan: After a six-month trial phase of the e-NV200, the British utility provider has now decided to actually place a bulk order. 50 electric vans are due for immediate delivery, another 50 are set to follow by the end of this year.
fleetnews.co.uk, thegreencarwebsite.co.uk

Battery trailer: German company ebuggy set out to solve the range issue of electric cars. Instead of recharging at a station, EV drivers just pick up a trailer full of battery cells said to last for 300 miles. When empty, the ebuggy is to be swapped or left at another station. So far, the project is at prototype stage.
ecomento.com (with video) via greencarreports.com

Correction: As we reported yesterday, The New Motion and Alliander Mobility Services will jointly erect a fast-charging network in the Benelux countries. But the 200 multi-system chargers for Germany will be set up solely under the responsibility of The New Motion.

Roam (more) freely: Car2go is opening up its car sharing offers. By next week, users in Germany, Italy, Austria and the Netherlands will be able to use cars in the respective cities with just one account. In a similar move, Car2go will unite drivers in the states and Canada but cross-continental roaming has yet to be enabled…
daimler.com (Europe, in German), cleantechnica.com (North America)