More efficient H2-station: H2 Logic has presented its new hydrogen fuelling station, the CAR-200, available from the second half of 2016. Compared to current stations, it is said to have triple the capacity, while using only a third of the space.
greencarcongress.com

Electric tuk-tuks for Cape Town: The South African government wants to improve public transport and issued a tender for the three-wheeled taxis. Electric variants will be favoured, authorities say. Some 80 tuk-tuks could hit the road as early as September.
bdlive.co.za

Car2Go without electric drive: The carsharing scheme kicked off in the Chinese city of Chongqing – the operator’s first on the continent. Some 400 Smart are already in service, and another 200 will follow. Only all cars have a conventional drivetrain, even though China is pushing hard to get more EVs on the road.
chinadaily.com.cn

E-bus with supercaps: The Belarussian capital Minsk will test two locally build electric buses from December. The vehicles from Belkoounmasch are fitted with supercaps. Another 18 buses will follow in the first quarter of 2017.
belta.by

H2 refuelling station production: H2 Logic is to purchase a factory in Danish Herning, where it will develop a large-scale production plant for hydrogen refuelling stations. Annual capacity is set at up to 300 hydrogen stations by 2017, enough to support 200,000 FCV for a year.
greencarcongress.com, businesswire.com

Crack down on e-bikes: 18,000 unregistered electric bikes and tricycles were seized by police in Shenzhen, China. The crackdown resulted in a breakdown of the delivery sector as most couriers use electric scooters. The city claims safety reasons and is to apply fines.
ecns.cn

Hail all women: Pink electric rickshaws are available in Indian Ludhiana and reserved for women only, following New Delhi’s example. Driven by female drivers, the eleven electric tricycles aim to include people from underprivileged backgrounds, while providing a hassle-free transport option for ladies.
singhstation.net

Rent a Tesla: Electric car rental company ecar-rent that operates in Germany and Austria has reserved ten Tesla Model 3. At the same time, the firm expects delivery of six Model X that will join the fleet of Model S, Renault Zoe and Mercedes B class ED.
ecar-rent.com (in German)

Park & Charge and Pay: Swedish ChargeStorm teams up with Cale Group to combine their offers of EV charging and parking solutions. The cooperation will result in a cloud solution that enables EV drivers to pay for both parking and charging the EV in one go.
parking-net.com

U.S. cities go electric: Eight cities near Sacramento, CA, and Atlanta, GA, have formed the Energy Secure Cities Coalition (ESCC). They plan to include only alternative drivetrains in official city fleets. The coalition hopes to expand to include 25 cities and replace some 50,000 petrol-powered cars.
ngtnews.com

Manchester to clean the air: As the city will not meet EU limits by 2020 under current conditions, Manchester has proposed an action plan. Measures included increasing the number of low emission buses, promoting EV uptake, possibly implementing Clean Air Zones in the city and improving cycling infrastructure.
airqualitynews.com

EV fleet tool: ViriCiti and Simacan will work together to develop a new online-tool for fleet managers. The so-called EV Fleet Analyser is said to calculate an EV’s exact energy consumption based on traffic data, weather and topography and help plan the most efficient route.
viriciti.pr.co, ngtnews.com

BYD update: BYD plans to begin producing its electric buses in India in corporation with company Smart Dreams. Meanwhile, the Chinese have been awarded a contract from the Canadian province of Alberta. Three electric buses will go into service in the city of St. Albert this autumn.
businesstoday.in (India), businesswire.com (Canada)

New hydrogen filling station: H2 Logic has delivered another H2-fuelling station in Denmark. Located in Kolding, it is not far from the German city of Hamburg, making cross-border travel in an FCV more feasible. This is Denmark’s ninth station that is open 24/7.
greencarcongress.com, electriccarsreport.com

Nissan-BMW charging alliance: The two auto makers are working together in building up fast-charging infrastructure in the U.S. Some 120 locations have reportedly been fitted with 50 kW DC-chargers. CCS and CHAdeMO exist there side by side. No wonder that other countries are longingly looking at America…
bmwblog.com

Indian e-bus: The country has presented its first retrofitted electric bus, which previously sported a diesel engine. By March, another ten diesel buses will be converted within the scope of a new pilot project.
economictimes, netindian.in

H2 stations in Denmark: H2 Logic already received its fourth order for a hydrogen filling station from Danish Hydrigen Fuel (DHF). Starting 2016, the latter wants to operate five H2-fuelling stations across the country. The newest order was for the city of Esbjerg.
businesswire.com

Oregon wants incentives: On the website Change.org, there is currently a petition under way, with Oregon residents demanding a 2,500 dollar sales incentive when purchasing an EV or plug-in hybrid. The U.S. state offers only a 25 percent tax credit for the installation of charging stations.
change.org via cleantechnica.com

Britain’s BlueCity: Bolloré calls its electric car sharing service in London BlueCity despite the cars being reportedly red. Public kick off is set for February and the French provider plans to operate 3,000 EVs in the UK capital by 2019 with matching charging infrastructure. Potentially, Manchester is next as Bolloré expects the city to issue a tender for a scheme by 2016.
autocar.co.uk

Germany will get another H2 fuel station as the H2 Mobility consortium awarded a contract to H2 Logic that includes an option for a second facility. The station will be built in the north of the country in 2016. H2 Mobility aims to install 400 stations by 2023.
businesswire.com

BYD lands in Sweden: The Copenhagen Malmö port took delivery of two electric buses from the Chinese company, a move that introduces a shipping partnership between BYD and CMP. The buses will run on local routes in Swedish Ängelholm and Eskilstuna.
insideevs.com, cmport.com

Freedom x 100: California’s 100th EVgo Freedom Station is open to the public. The location in Fremont features four 50kW DC Fast Chargers that can be used by multiple vehicles at the same time. All chargers support CHAdeMO and DC Fast Combo and more charge spots can be added on demand.
prnewswire.com

New 7 Series to be unveiled next week: No need to wait until the Frankfurt Motor Show, as BMW will take the wraps off its new 7-series on June 10th. BMW’s new flagship car is said to also become available as a plug-in hybrid called 740e. A teaser video has already been posted online.
bmwblog.com, caradvice.com.au, youtube.com (video)

German wake-up call: Hoping to increase sales of electric cars in Germany, 14 lawmakers from the ruling parties sent a letter to the country’s finance minister calling for subsidies for corporate purchasers of EVs, German paper Handelsblatt reports. And they might be successful: Coalition sources said that Chancellor Angela Merkel will back demands for a range of measures to support the EV market. In addition to the tax writedown, these may include more money to build up charging stations and for research and development — at a total cost of 3 billion euros. More details could be announced at a meeting of the German National Platform for Electric Mobility (NPE) in mid-June.
handelsblatt.com

New Peugeot goes British: The Peugeot Partner can now be ordered in the UK in all its variants, meaning also as a purely-electric vehicle. The Panel Van EV has a range of 106 miles and is especially suited for multi-drop businesses. Pricing for the electric version starts at 21,300 pounds (32,680 dollars).
commercialfleet.org 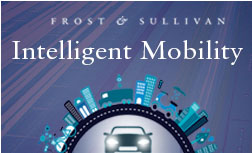 Silent rescuer: BMW will present the first i3 emergency vehicle at the “Interschutz” trade show in Hanover later this month. The fire command vehicle is obviously fitted with sirens and emergency lights, but will otherwise not make a sound.
autoevolution.com, bmwblog.com (photos)

Acura RLX Sport Hybrid hits U.S. market: Starting today, the 2016 model will be available at dealerships across the United States. The car has a three-motor hybrid system with a combined output of 377 hp and comes with a number of driving assistance features, such as a Lane Keep Assist System (LKAS) and Blind Spot Information (BSI).
puregreencars.com

Tesla starts battery swapping: When Elon Musk was visiting the European Tesla stores last week, he leaked some interesting details. For instance, that a 4WD Model S will come by 2015. Furthermore, he expects the Giga factory to bring down battery prices by 30-40% while bigger batteries are already on the way as well as 135 kw superchargers. Those might not be necessary in L.A. and Frisco as Tesla will introduce battery swapping there.
green.autoblog.com

Strengthening e-roaming: German Hubject Gmbh and Gireve SAS are joining forces to promote eRoaming thus enabling interconnectivity of the EV charging infrastructure between France and Germany. Hubject is a joint venture between BMW, Bosch, Daimler, Siemens and the utility providers RWE and EnBW. The company operates a business and IT platform connecting infrastructure, service and mobility providers.
hubject.com (Press info) via elektroniknet.de (In German)

Hydrogen station for Hamburg: H2 Logic has made a successful bid to supply the German city with a H2 fueling station. It will be based on the 70 MPa H2Station and is an initial trial before a network of 50 H2 station is eventually built by 2015. These are part of the H2Mobility Germany initiative running until 2023 with 400 planned stations in total.
greencarcongress.com

BYD keeps promise: A ten-month trial with BYD’s electric bus in Canada (we reported) has proven the company’s claim. The 40ft e-bus indeed managed to run 155 miles (250 km) on one charge. This prompted Salah Barj, Director of P & D at STO to say: “The BYD electric bus was nothing like anything we had seen or tested before.” A dream come true…
chargedevs.com, greencarcongress.com