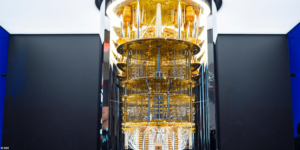 Bosch and IBM want to jointly research materials using quantum computers. Bosch is contributing concrete use cases from e-mobility in which quantum computers should soon have a decisive advantage over conventional computers in discovering and developing new materials. 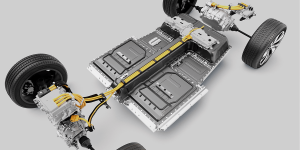 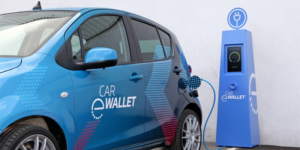 Hyundai’s own tech for new FCV: Hyundai will start serial production of fuel cell tech for its upcoming H2 crossover as soon as next month in its factory in Chungju. As previously suggested, 3,600 units of the new model are to roll off the lines in 2018, meaning the Koreans are taking their FCV endeavour up a notch. As they produce even the fuel cells under their own umbrella, Hyundai says it will reduce FCV’s production costs by at least 30 percent.
english.etnews.com

The latest patents: What are the engineers’ ideas for future EV development? Inside EVs digged in patent files once more and discovered Proterra’s idea of a charging system for electric buses and IBM’s cloud-coordinated charging agents among other things.
insideevs.com

KERS for rigid truck: Fraikin’s rental fleet presents a rigid truck utilising KERS. The 12 ton Iveco Eurocargo equipped with the system installed by Alternatech and developed by Adgero and Skeleton Technologies stores regenerated energy in a set of ultracaps.
commercialfleet.org

Click tip: Inside EVs has summarised some promising patents once more, among them IBM’s cloud control system enabling EV charging and Ford’s idea to let EVs charge themselves through GPS.
insideevs.com

Reading tip: Northern Powergrid and Nissan will cooperate to explore several innovation projects over the next six years. They want to see how EVs, batteries and other tech can support energy networks.
electriccarsreport.com

IBM is eyeing electric transport: The IT corporation received a patent for managing EV charging and related transactions, and it is not the first of IBM’s e-mobility aspirations. In November, IBM signed an agreement with ASELSAN to develop metal-air batteries for electric vehicles.
ipwatchdog.com, bloomberg.com 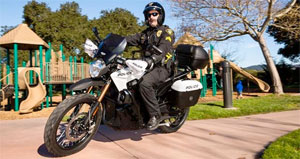 Zero takes up speed: Electric motorcycle manufacturer Zero reports record sales in 2014 and expects growth to continue this year. Especially sales to police patrol fleets have been taking off, while Zero Motorcycles strives to further expands its market internationally.
puregreencars.com

Indian push for EVs: According to a media report, India may spend Rs.1,400 crore (about 224 million dollars) over the next two years on incentives and subsidies for makers and buyers of electric vehicles as part of an effort to have at least six million EVs on the country’s roads by 2020.
livemint.com

Expert recruited: Internet company Leshi, that strives to build electric cars for the Chinese market, recruited Lv Zhengyu, who held managing positions at carmaker Infiniti before. At Leshi, he will take the lead of the electric supercar project.
ecns.cn

Electric skateboard: ZBoard is running a crowdfunding campaign to issue its second generation electric skateboard. The ZBoard 2 is lighter and faster than its predecessor and comes in two versions. Top speed for both is 20 mph while ranges between 16 and 24 miles are given. Prices start at 999 dollars.
ubergizmo.com, indiegogo.com (campaign)

Outlander PHEV test: Nigel Donnelly delivers an update from his long-term testing of the Mitsubishi plug-in hybrid. Once he got to grip with the “various quirks” of the electric system, he found the Outlander PHEV a very “practical” ride around town.
whatcar.com