The British chemical company Johnson Matthey is cooperating with OnTo Technology, a developer of battery recycling solutions. The aim of the partnership is to further develop OnTo’s patented recycling process ‘Cathode Healing’. The focus is on battery waste that is already generated during production. 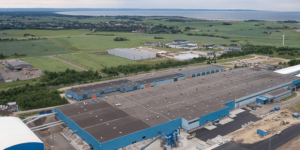 The Swedish company Stena Recycling has announced that it will invest 250 million kronor (about 24.5 million euros) in a new battery recycling process. Among other things, the money will be used to build a new plant in Halmstad.

The British chemical company Johnson Matthey has opened a “Battery Technology Centre” near the English city of Oxford, which is to play a key role in the development of battery materials of the future. The new battery technology centre expands existing battery technology and testing capacities.

The British chemical company Johnson Matthey has concluded an agreement with Stena Recycling. The aim of the cooperation is to develop an efficient value chain in Europe for the recycling of lithium-ion batteries and battery cell materials. 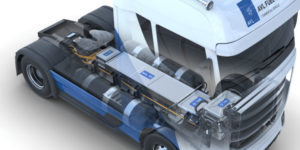 British chemical company Johnson Matthey has announced the construction of a new factory for the production of its nickel-rich eLNO cathode materials. This will be built as part of a strategic partnership with Finnish Minerals Group (FMG) in Finland. 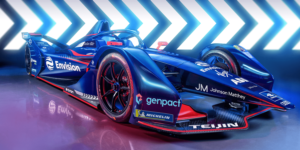 Johnson Matthey has a new partnership to show the eLNO cathode material technology in action. The company teamed up with Formula E team Envision Virgin Racing. They will co-develop what the companies consider the “first-ever” electric race car powered by JM’s new batteries.

Johnson Matthey is set to invest millions of pounds into a demonstration plant in Clitheroe, Lancashire. The new facility with a capacity of 1,000 ton a year will serve to make samples of their new battery material eLNO (enhanced lithium nickel oxide).

After the presentation of its new electric truck and the takeover of the battery producer Brammo, the US motor producer Cummins has announced yet another strategic takeover: Johnson Matthey Battery Systems.

From nuclear to lithium: Russian nuclear giant Rosatom, rushes to join the lithium run and targets 30 percent non-nuclear sales by 2030. The state-owned corporation builds on the electric car boom and plans to mine and trade the metal and supply complete power packs as well. Rosatom is already looking into reviving lithium mines in Siberia and also got its eyes on South America to buy its way in. A trading company is open for business in Swiss Zug and Rosatom stated an interest in working with carmakers as well. The move comes as sales of uranium, Rosatom’s core business, are in rapid decline.
bloomberg.com

Concepts for fuel cell trains wanted: Ontario is seeking design concepts for hydrogen-powered trains as an alternative to overhead wires. The province wants to electrify its GO rail network to change how people move around the Greater Toronto and Hamilton Area (GTHA). A feasibility study called HyRail is currently running and train design will become a decisive part of it.
greencarcongress.com

E-mobility is Johnson Matthey’s next bet on big business and so it will invest 200m pounds next year to include battery materials in its portfolio. The British specialty chemicals company explains its move with the growth it expects in the electric automotive industry.
nytimes.com

Novel Range Extender: Mitsubishi subsidiary MTEE presents the Range+ a generator for charging while driving. The range extender uses a gas turbine to drive a generator that charges the battery.
mtee.eu 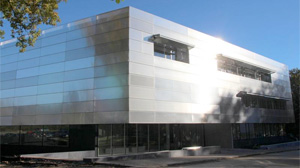 Improved power electronics: Bosch-led HotPowCon research project has developed a new packaging and interconnection technology (PIT). It enables the production of power electronics which can work under high operating temperatures of up to 300° C.
globalprintmonitor.net

Lithium iron phosphate formulation: Li-ion battery maker A123 Systems LLC now sold its cathode materials manufacturing plant in Changzhou, China, to Johnson Matthey. As A123 uses these cathodes across its portfolio, the two companies have entered into a long term supply agreement at the same time.
greencarcongress.com

Push when pulled: The Wattwagon is an electric bike trailer that offers electric assistance and space for cargo to cyclists. Its inventor, Rich Wolf, is currently looking for backers on Kickstarter to develop its attachable electric assist system further.
kickstarter.com

i3 body kit: Here comes a kit from Japan that turns the BMW i3 into a racer, at least from the outside. Obviously, the add-on by Garage Eve.ryn is far from the original’s aerodynamics or light-weight which fall victim to this aggressive yet dynamic looking body kit nicknamed BMW EVO i3.
transportevolved.com, carthrottle.com

Most clicked link on Wednesday was the announcement of an all-electric camper van based on Nissan’s E-NV200 .
derbytelegraph.co.uk