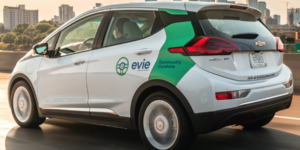 In the USA, the Twin Cities of Minneapolis and Saint Paul metropolitan areas in the state of Minnesota, have officially launched an all-electric car-sharing network Evie Carshare with the nonprofit HourCar.

Tesla has concluded another supply contract for nickel. The company now agreed with Talon Metals Corp. to supply at least 75,000 tonnes of nickel concentrate from the US state of Minnesota over a period of six years.

Minnesota has announced a new policy to adopt California’s stricter tailpipe emissions standards and mandate for automakers to get more zero-emission vehicles onto sales lots. This makes Minnesota the first state in the U.S. American Midwest to do so.

Running out of battery while on the run can happen to the best of thieves and the longest range EVs. In this case, the thief had disabled the GPS but was tracked whenever he stopped at a Supercharger. But there is more to this case than just an online billing system.

Charging station valets: Tesla’s busy charging stations in California have been outfitted with “attendants.” Officially, these Charging Experience Specialists are supposed to inform and assist users, but some customers report attendants taking over for drivers when stalls are occupied. Moreover, Tesla will soon begin rolling out its Destination Charger programme in Europe. First hotels in Scandinavia are said to have already taken delivery.
electrek.co, electrek.co

Carsharing in the UAE: Early-stage start-up MyCars hopes to bring carsharing to the UAE, using a mixed fleet of EVs and petrol cars. Serious negotiations to procure vehicles are underway, and they expect to utilise 200 cars in Abu Dhabi and Dubai by 2018. If successful, they will also completely electrify the fleet by 2020.
wamda.com

Minnesota legislature: A proposal in Minnesota has gained bi-partisan support to give rebates of up to 2,500 dollars to those who buy or lease a new electric or plug-in car. It would also require public utility companies to create programs for encouraging electric vehicle usage, and to construct charging stations. Incentives would expire in 2021.
startribune.com

Hodgson Sayers: UK building and roofing firm Hodgson Sayers invested 300,000 pounds in a hybrid company car fleet. The company completely overhauled their original fleet, replacing it with eleven plug-in Golf GTes and a Mercedes 350E. In the same spirit, the Gloucestershire police force has taken on seven EVs, and, according to Police and Crime Commissioner Martin Surl, they won’t be the last.
chroniclelive.co.uk, gloucestercitizen.co.uk

New hybrid buses in Germany: Üstra, Hanover’s public transport authority, has bought seven hybrid articulated buses. The transport company thus stocked up its hybrid fleet to 36, all from Solaris. Another 26 from MAN are to follow in 2015. Üstra will then have replaced about half of its fleet with hybrid buses.
busfahrermagazin.de, uestra.de (articles in German)

Jordan to get electric cabs: Al Moumayaz Taxi in the Jordan capital Amman plans to replace 400 cabs with 300 hybrid and 100 electric cars successively. The taxi company is a contractor of the Greater Amman Municipality (GAM) that welcomes the move and just extended the company’s contract.
zawya.com

Ukrainian electric cabs: Start-up Shooter.ua has started an electric taxi service in Lviv with cheaper tariffs for electric rides. The project in the Western-Ukranian city uses four Renault Fluence Z.E. in a move to showcase the technology. The company also plans to install infrastructure.
kyivpost.com

Low cost EV charging: Minnesota’s largest utility provider Xcel Energy plans to offer a 43% discount to consumers that charge their EVs at night. Via a separate electric meter, energy would cost 3.3 cents per kWh. If the rate is approved by state regulators, the tariff could be rolled out in about six months.
startribune.com

Three Nissan Leaf have joined an existing electric fleet of the city of Orlando, which now has a total of six electric cars marking a long-term commitment to sustainable transport, according to officials.
myfoxorlando.com

Hertz joins Zem2All: The rental car company has announced its cooperation with Spanish utility provider Endesa in Spain’s demonstration project Zem2All (Zero Emissions Mobility To All). Hertz will rent out the Nissan Leaf from its stations in Malaga and the city’s airport. The Zem2All initiative has rolled out 160 charge points and electric vehicles in Malaga with another 40 being in the pipeline.
autorentalnews.com, puregreencars.com

Electric carsharing for Vienna: Porsche Holding Salzburg announced its plan to roll-out electric carsharing in the Austrian capital. Within the coming weeks, the company will make several VW E-UPs available to students taking part in the ‘Campus Carsharing’ project. By 2015, Europe’s biggest car dealer wants to extend the rental service to all Viennese.
krone.at (in German)

Discount during off-peak hours: Minnesota is the first state in the U.S. to make it compulsory for investor-owned utilities to offer customers discounted rates when charging their EV outside peak hours (4pm – 8pm). The energy companies have time until next year to adjust their tariffs.
transportevolved.com, green.autoblog.com

E-Bike region Stuttgart: Five counties around the south-German city of Stuttgart have now put together a 400-kilometres track specifically designed for pedelecs. Along the signposted and rather hilly e-bike path, rental stations, workshops and charging stations can be found. The region is hoping to accommodate and attract for the ever-growing segment of electric bicycle travellers.
e-bike-region-stuttgart.de (website in German)