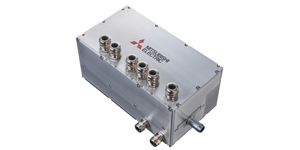 LG Chem strikes major deal in China: The Korean corporation will start supplying batteries to Chinese carmaker Great Wall Motor. The signed deal entails the provision of batteries for more than 200,000 electric cars, which Great Wall will sell from 2017. An LG Chem spokesperson said that another deal with a car manufacturer was in the making.
koreatimes.co.kr

Electrified skateboard: Mellow Boards, a Hamburg-based start-up is looking for crowdfunding for its electric motor designed to turn any skateboard into a hover board. Well, almost. The board will not really fly, but the company claims that the motor will propel the skateboard forward at up to 40 kph.
kickstarter.com

Coarsening close-up: Toyota and Japan Fine Ceramics Center (JFCC) have found a new observation technique that allows researchers to monitor real-time behaviour of platinum nano particles in fuel cells. Scientists hope to understand the process that leads to coarsening and to be able to build more efficient and durable fuel cell stacks in the future.
greencarcongress.com (with video), hybridcars.com

New power modules for EVs: Mitsubishi Electric will present its new J1-Series high-power semiconductor modules featuring compact 6-in-1 packages, mainly designed for use in electric and hybrid vehicles at trade shows in Nuremberg, Yokohama and China over the coming weeks. The power modules are based on CSTBT technology and will be available this October.
electriccarsreport.com, mitsubishielectric.com

Most clicked link on Monday was the presentation of the VW Golf GTE Sport PHEV concept.
greencarcongress.com 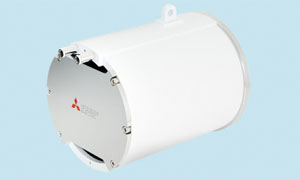 Compact motor: Mitsubishi Electric’s latest prototype for a new EV drive system comes with a built-in silicon-carbide inverter, thus making it very compact. Thanks to similar figures in volume and power, the new motor will be able to be used as a replacement part for current motors. Before commercialisation, cooling technologies will have to be finalised.
electric-vehiclenews.com, greencarcongress.com

V2G demonstration: At the Hannover Trade Fair in April, the Fraunhofer ESK will present a charging station serving as an interoperable node between EV and the grid’s control center using the ISO/IEC 15118 and IEC 61850 standards. The researchers designed their model as reference for utility providers still hesitating to apply the standards.
greencarcongress.com

How-to for flooded EVs: With great parts of the UK currently being hit by floods, this guide might be helpful to some EV drivers right now. Transport Evolved sums up the most important advices if your car has been gone under water. Hopefully you will never need it!
transportevolved.com